Southern falls to State in back to back matches 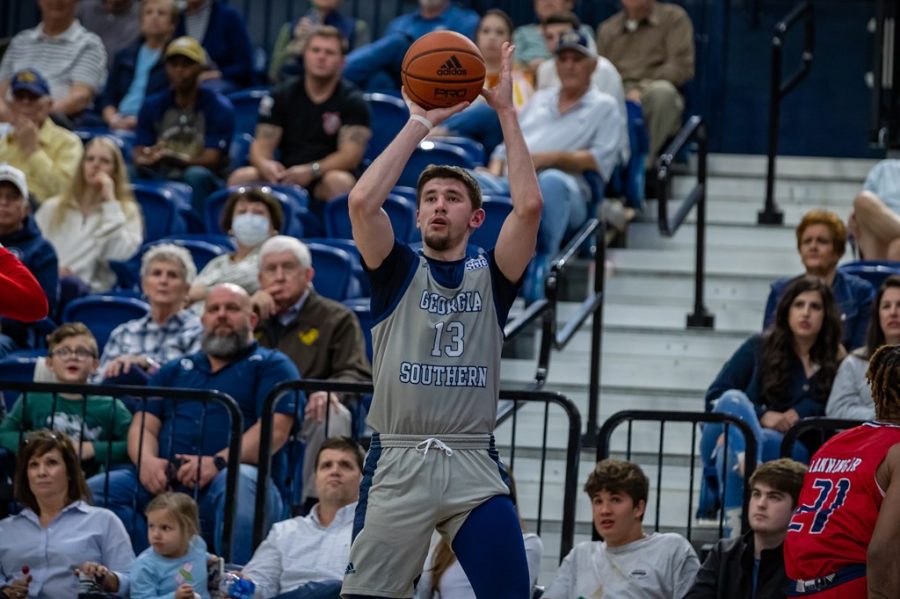 Georgia Southern lost their second match up against Georgia State in a 9 point loss Saturday night.

Southern had a slow start early in the game but were able to put up a 12 point lead after going on a 13-4 run making the score 28-21 at halftime.

The Eagles led for 26 minutes of the contest and created a 39-27 cushion on a triple from Cam Bryant just under four minutes into the second period.

This would be the third consecutive 3-pointer for Southern as Andrei Savrasov and Gedi Juozapaitis also scored from the 3-point line. Savrasov led the Eagles with 21 points.

With a little over 5 minutes left in the game, State went on a 18-4 run and took the lead making the score 50-46. Both teams exchanged free throws but the Eagles committed multiple turnovers that inevitably cost them the match.

Georgia Southern will host two more regular season games at home, starting with the Ragin Cajuns on February 23 and ending with App State on February 26 and 27.