Behind an experienced secondary and a new coordinator, the defense looks to anchor team 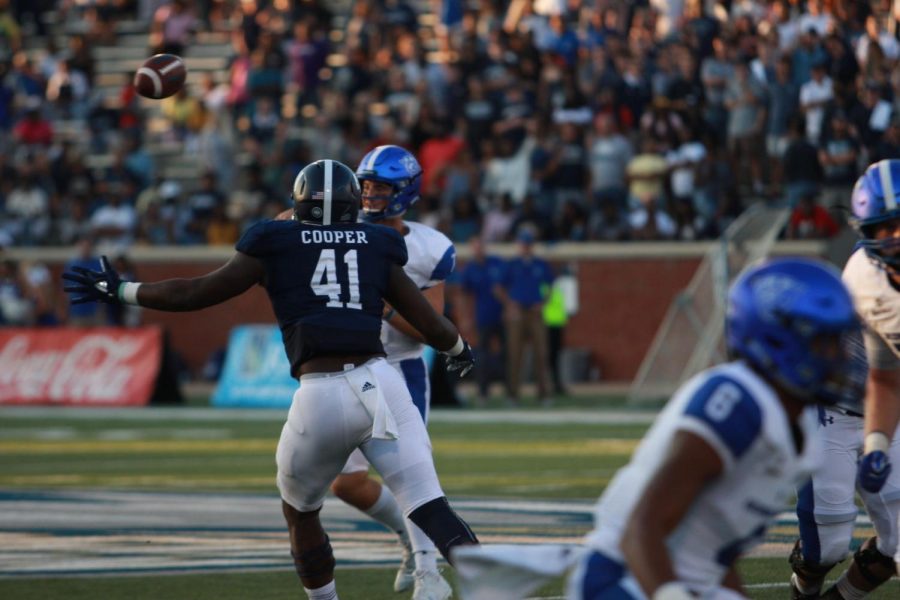 With the 2018 college football season just days away, Georgia Southern looks to right the ship and return back to the tradition of winning they once new and loved.

A season after finishing 2-10, which put the Eagles at 117th overall (out of 130 FBS teams), a new coaching staff and a new culture is finding its way into Statesboro, an idea that gives fans hope everywhere around.

How the team finishes in the upcoming season has a lot to do with how the defense plays.

In the off-season, Chad Lunsford had his ‘interim coach’ title removed when he became the new head coach of GS, and he brought along Scot Sloan from rival Appalachian State, where Sloan coached for eight seasons.

Sloan was the Mountaineers’ secondary coach until 2017, when he was promoted to co-defensive coordinator. Sloan helped lead App State’s defense to become perennially elite, and his 3-4 defense brings hope to Georgia Southern that they can find some of that magic.

The combination of leadership and a new scheme looks positive for the Eagles in becoming better defensively, but it all starts with the big men up front. In a group full of young talent just waiting to be developed, there are two seniors to watch—Deshon Cooper, a redshirt-senior defensive end out of Atlanta, and Logan Hunt, a senior defensive end out of Sandersville, Ga. These two players will be vital in wreaking havoc on opposing quarterbacks, making the jobs of the linebacker core and defensive backfields much easier.

The Eagles have a lot of returning players on the defensive side of the ball, and while the front seven is younger at the moment, the defensive backfield looks to take a big leap with the leadership of players like senior safety Joshua Moon and junior cornerback Monquavian Brinson. The defensive backfield is going to play a huge roll in the progression of the defense if they can keep their receivers in front of them, and avoid the big play touchdowns that often bit them the year before.

All-in-all, look for Georgia Southern to show improvements on the defensive side of the ball and no more 400 yard passing games.