“Statesboro Blues”: A local legend by the name of Blind Willie McTell 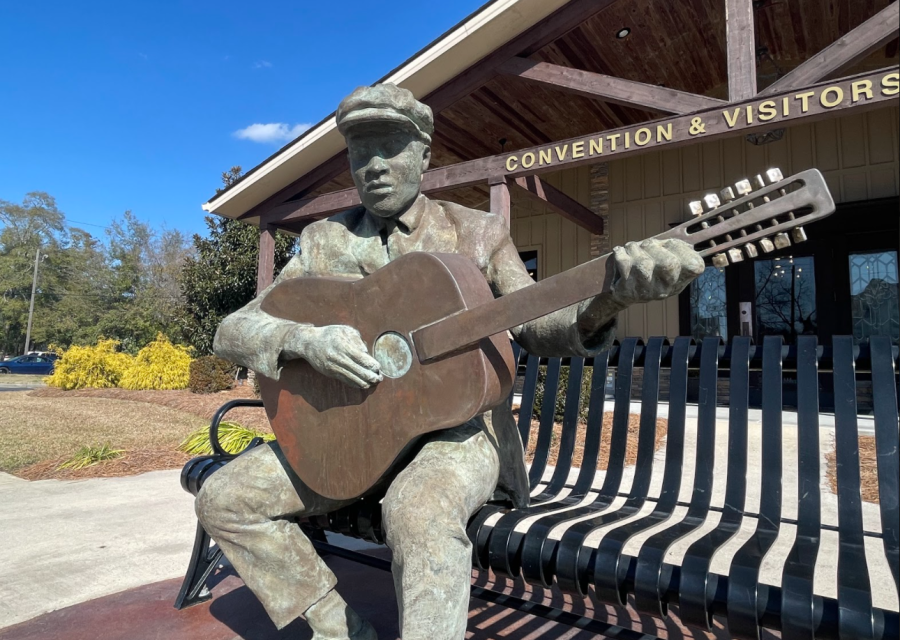 If you’ve ever listened to the radio often or studied music in Statesboro, you may have heard of the song “Statesboro Blues”. This song was most famously written by Statesboro’s own local hero, Blind Willie McTell, best known in Statesboro for his great energy and powerful singing voice.

Although he does not really get much love in Statesboro itself, it’s not for a lack of trying. Marketing Director for the Statesboro Convention & Visitor Bureau, Justin Samples, has worked hard to try and get McTell the recognition he deserves. So far, all Statesboro has to commemorate Blind Willie is a single statue and a trail.

But what made McTell’s musical talents so impressive? The answer revolves around how he played his music. His style on a 12-string guitar was deemed legendary back in his time.

Willie McTell was a Piedmont Blues, ragtime singer who managed to put Statesboro on the map for a lot of tourists, but he did not come from Statesboro. He was actually born in Thomson, Georgia.

After his mother brought him to Statesboro, he learned how to play the six-string guitar. However, the guitar he became most famous for was the 12-string, as he primarily used it to compose his songs. When it came to the 12-string guitar, McTell was a master of his craft.

“His ability on guitar, the way he played that 12-string, is just something that most musicians I think would aspire to be able to accomplish,” said Samples. “Even to be able to emulate what he did would be fantastic, but he didn’t emulate himself.” 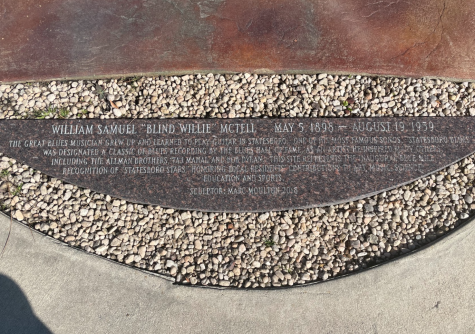 Willie McTell was a musical genius even at a young age. He was blind, but he could envision a song better than most in his time period.

While the Grammy award winning band, the Allman Brothers, popularized his best hit song, it was McTell’s raw musical talent that even attracted the Allman Brothers to the song in the first place. Thanks to him, Statesboro went from being a small, agricultural town to even getting visitors to this day who come here simply due to McTell’s song “Statesboro Blues”.

“We still actually, believe it or not, get visitors here, coming just because we’re Statesboro,” said Samples. “We get people coming here just to take a picture in front of anything that says Statesboro because of “Statesboro Blues” and that would not have happened if McTell would not have lived here and written that song.”

McTell wasn’t without many hardships in his life. On top of being an African American man living between the 1890’s and the 1950’s; McTell, true to his nickname, was actually blind. He was born blind in one eye, and by his late childhood he became blind in the other.

McTell’s father had left the family while he was still a child. He would eventually die of heart problems, diabetes to be more precise. He died at the age of 61.

Despite his very legacy being an attraction for visitors across the country, there’s still so very little recognition for Blind Willie. Perhaps in time, he could receive more recognition for his part in Statesboro history. It would be a sight to behold.