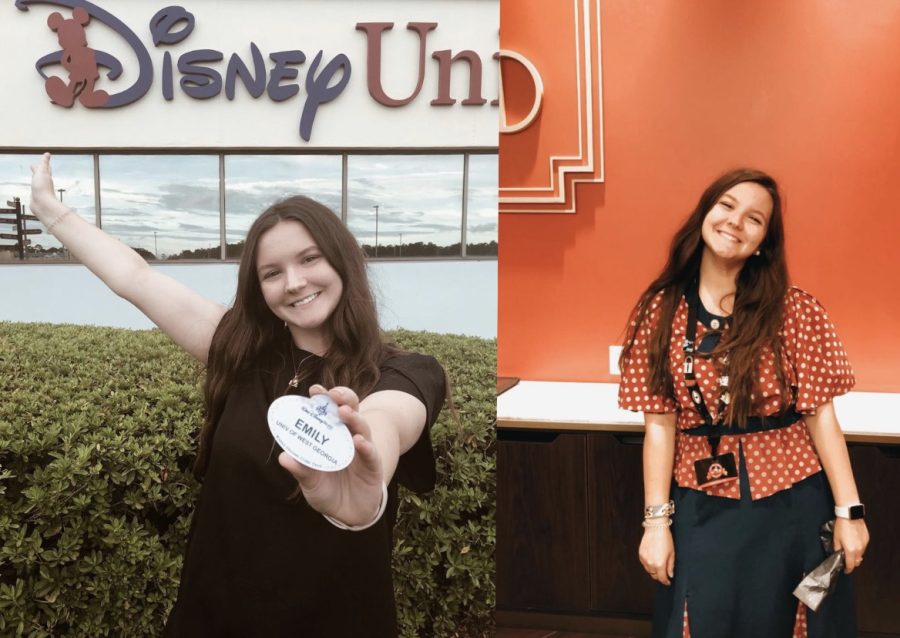 Former DCP Alum, Emily Reynolds during her time in the program.

It’s what dreams are made of. Waltzing out of bed and onto Mainstreet for breakfast. Stopping by Mexico for margaritas during happy hour. Ending the night with a fairy sprinkling pixie dust over a crowd congregated outside of Cinderella’s castle.

The Disney College Program pulls interns out of their college classrooms and puts them inside of the magical world of Disney. Up to a full year with open access to any of the parks that make up the happiest place on earth, free room and board and fodder for resumes.

But what does it take for one to earn one of the highly coveted cast member slots that the program offers?

“I’d had other jobs but they were with family so I never had to interview,” Emily Reynolds, a DCP alum, advised me about the application process. A general application and web-based automated interview lead up to a formal phone interview which determines the applicants acceptance.

“I bombed my (phone) interview, I could not stop saying ‘um’. It was awful. I cried for like three days,” Reynolds laughed. She was surprised to find out later that the interview hadn’t gone nearly as badly as she had felt. DCOP offered her a position as a merchandise cast member.

Reynolds stated that she never experienced a bad moment while working at Disney. Once, a little girl had come in with her mother to get a new Bo Peep costume. When Reynolds asked the girl why she liked Bo, the girl replied, “Bo Peep is brave, and Bo Peep is strong.”

“I’m glad that these little girls are seeing these positive people. It was just one of those things where I went ‘okay, this is why I’m working here,’” Reynolds said.

“On an average work day, I’d wake up around eight-to-ten, get up, go to the parks with some friends or go to one of the resorts,” Reynolds explained. “And then I’d go home and get ready for work and then work until about 11:00 to 12:30 at night.”

“Make sure that you know that you are working for no money, and working a lot,” Reynolds advises current applicants. “A lot of people think it’s playing in the parks. I was lucky that I didn’t have 13-hour shifts but all my other friends were working 13-hour shifts daily.”

“I would also say to maybe wait until after school is done,” she continued. “A lot of people are staying after and wanting to keep working for the company. It’s really hard if you stop to go home and do school.”

Reynolds’ internship ended prematurely in March of 2020 due to Covid-19. Although it was sad to leave the parks and return home, she revealed that she is open to returning. “I wouldn’t do the college program again, but I am open to going back down to do a professional internship.”

For more information on the Disney College Program, students may visit the Disney Careers website: https://jobs.disneycareers.com/disney-programs