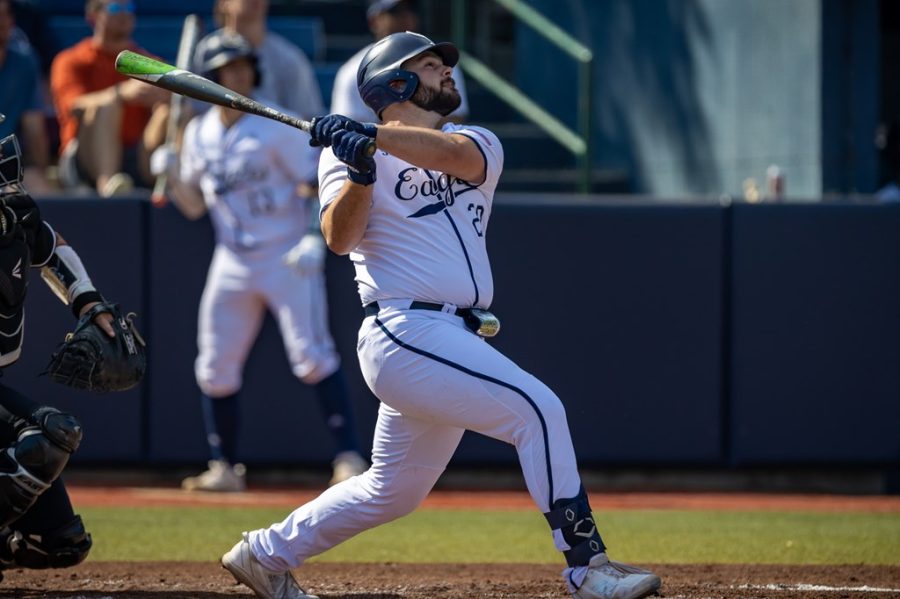 After falling over the weekend to UCF, the Eagles rebounded with a convincing win over Jacksonville University on Wednesday, 13-7.

The Georgia Southern offense finally found its groove against the Dolphins, with six different Eagles recording an RBI.

Noah Ledford got the scoring started early, knocking out the Eagles first home run of the season.

The Eagles surrendered the lead after JU put up three runs in the fourth, but quickly reclaimed a big lead they would no relinquish.

A committee of six pitchers took the mound on Wednesday, but Tennessee transfer Ga’Von Wray was credited with the win.

The Eagles will be back in action ofer the weekend, when they Miami (OH). All games will be televised on ESPN+.