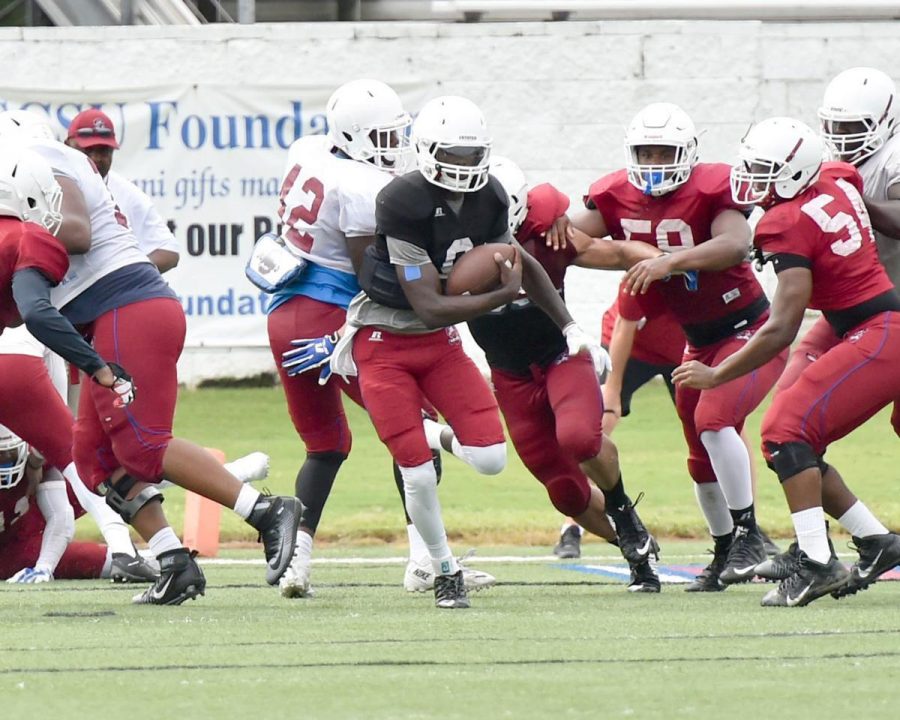 The first opportunity for the Georgia Southern football team to put the 2017 season behind them comes Saturday as South Carolina State comes to town.

The Bulldogs are the Eagles’ lone FCS opponent this season, and the two teams haven’t met since 2010 when GS won 41-16 in Paulson. The Eagles are 7-0 against the Bulldogs and are 35-2 all-time against MEAC teams. And while all these records are good, history won’t matter on Saturday.

There’s a sense of uncertainty in the opening week for GS’ game plan, especially because the Eagles don’t know which quarterback SCST will go with.

“They’ve got two guys,” Head Coach Chad Lunsford said. “The second guy they have listed on their two-deep, he looks like he may be the starter now. Seems to be a guy that has more play-making ability.”

The guy who’s one on the Bulldogs’ quarterback depth chart is redshirt-junior Dewann Ford. At quarterback in 2017, Ford threw for more than 1,700 yards and eight touchdowns in 10 games. He also flexed his dual-threat ability as their second-leading rusher with 354 yards and two touchdowns.

The guy who is two is sophomore Tyrece Nick from Johnston, South Carolina. Nick played in four games for the Bulldogs in 2017 picking up 27 passing yards and 84 rushing yards. So it’s unsure who the Eagles will see Saturday night, but Lunsford said that they will be ready for anything.

“Going into the season, these first couple of games are hard because they’re basically just guessing games,” Lunsford said.

On the defensive side for SCST, the Bulldogs will have a lot of guessing as well. The defensive only returns six starters from a year ago to face a GS offense that also doesn’t have an extensive film to go off of outside of the backfield.

GS has won the last 20 non-conference games played in Paulson and they look to extend that streak to 21 Saturday, Sept. 1 at 6 p.m.

“I want to see a team go out there and feed off of our crowd,” Lunsford said. “We’ve talked about it all offseason about the “Power of Paulson.”