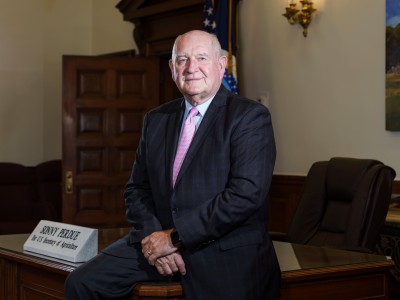 Sonny Perdue was announced the Chancellor of the University System of Georgia at the start of March, giving professors across the state something to talk about.

The former two-term governor is now in charge of curriculum development and overseeing policy decisions.

Perdue’s new position has been a controversial, as the American Association for University Professors condemned the “secret search” in February having concerns that politics may play a role in his decision-making.

“I would like to see a little more transparency in some of the decisions that USG makes, meaning more consultation, if at all possible, with faculty on the ground,” said Joshua Kennedy, an assistant professor of the Department of Political Science & International Studies.

Kennedy stated that he ultimately just wants to see Georgia Southern succeed, even though the political leadership at the Board of Regents is hard to visualize as of right now.

Gregory Brock, a professor of the Department of Economics, does have a few concerns regarding Perdue. Brock admitted that he doesn’t believe Perdue was a good governor and that he wouldn’t like to see him in the Chancellor position for long.

Brock said that during Perdue’s time as governor he was opposed to a lot of the different aspects of Diversity, Equity and Inclusion – marriage equality being one of them.

“That’s the exact opposite of where we’re trying to go with our [Diversity Equity and Inclusion] committees and work that’s being done on campus,” he said. Brock is also worried about the hard sciences, considering Perdue has been open about not being supportive of climate science in the past.

Charles Champ, a professor of the Department of Mathematical Sciences said he liked Perdue as governor and was fond of his conservative viewpoints. He understands why some may have concerns, being that this is Perdue’s first position in higher education, but ultimately thinks he’ll do well because of how he’s done in previous professions.