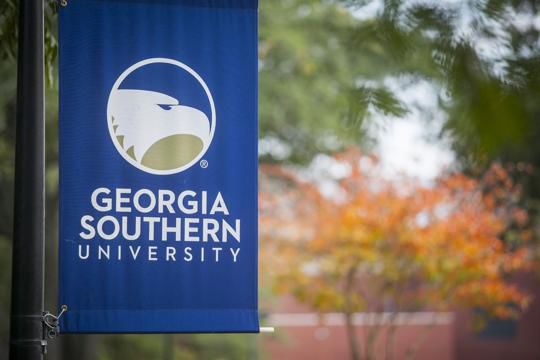 The U.S. Constitution’s First Amendment could play a vital role in Georgia Southern University’s approach to a student’s use of a racial slur over the summer.

On July 20, The George-Anne reported on screenshots of private messages between future roommates that went viral on social media.

The screenshots depicted a conversation between two future GS roommates. After the two exchanged messages, the sender appeared to accidentally send a message not meant for the receiver that included a racial slur.

The current status of the sender of the message is unable to be disclosed by the university due to the Family Educational Rights and Privacy Act, a federal law that protects the privacy of student education records.

However, the First Amendment’s free speech clause could severely limit GS’s ability to penalize the student who used the slur.

Freedom of speech in public institutions

“Because we are a public institution language is protected by the First Amendment and as much as we hate what was said it is protected speech,” Nickel said. “Therefore, we as a university have to protect all speech. We can’t protect only content that we like, we have to protect all and that is what the constitution says and that is the rules of our land and that’s how we will conduct ourselves.”

Frank LoMonte, director of the Brechner Center for Freedom of Information, said there are very few types of speech that are outside of the protection of the First Amendment. Racial slurs are not one of them.

“I’m not aware of any case where a single racial slur could be grounds for discipline, especially when said in a private conversation,” LoMonte said. “Colleges are not the “friendship police,” and if people get into arguments and exchange harsh words, that is a personal matter and not a college matter.”

What the First Amendment does not protect

According to freedomforuminsitute.org, there are nine categories of speech that are not protected by the First Amendment:

Whether a college has authority over the use of racial slurs depends on context, LoMonte said.

LoMonte continued to say that the use of racial slurs could be punishable if done in the form of harassment.

“Now, if the use of racial slurs rises beyond an unpleasant social interaction and it actually becomes harassment — let’s say a student has racial slurs painted on the door of her dorm in a way that would place her in fear of racial violence — then the college can impose punishment and the speech loses its First Amendment protection.”

In her Fall 2018 convocation speech on August 8, Nickel reiterated that the university will abide by the First Amendment but would also strive for campus safety.

{{tncms-inline content=”&lt;p&gt;&quot;There&amp;rsquo;s no question that as a public institution of higher ed we believe in the first amendment,&quot; Nickel said. &quot;Students, faculty and staff express themselves, their ideas and their opinions. There is no question that as a public institution we will follow all required laws and policies that protect both free expression as well as campus wellbeing and safety.&quot;&lt;/p&gt;” id=”1a639df7-4b4a-4561-9e08-bea74a250f7f” style-type=”quote” title=”Nickel quote 1″ type=”relcontent”}}

Nickel also called for a time for action from GS by directing a campus-wide discussion and described the incident as a teachable moment.

“You will hear more about this in the coming weeks but at its foundation we must acknowledge no matter where we are from, what we look like, how we talk, how we move, we are here together with a common purpose to learn and succeed,” Nickel said.

Any person may report a complaint of bias through GS’s Bias Incident Report Form.

Click here for a complete recap of the “triggerish” incident.