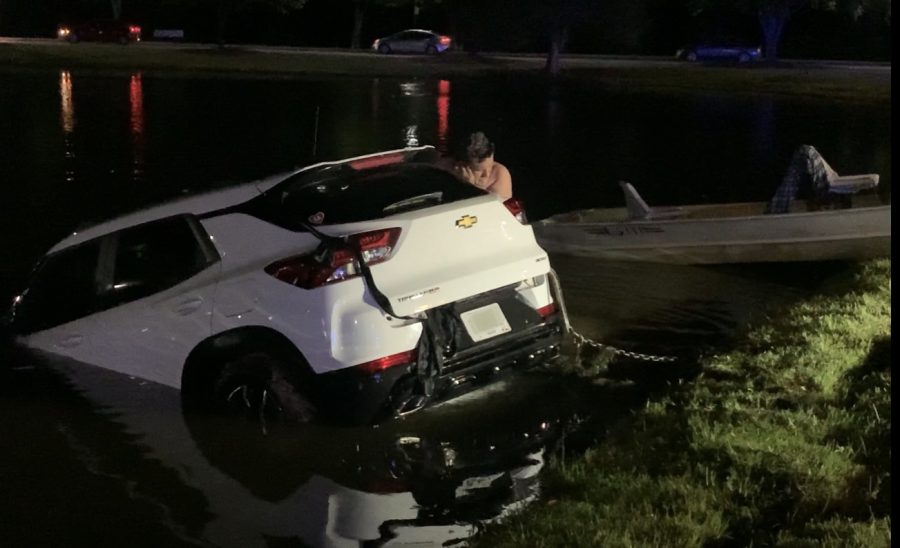 A drunk driver drove herself and another passenger into the pond next to the Education and Engineering buildings, Friday night.

Both the driver and passenger were okay, escaping through the windows of the car with some assistance from State Trooper Aaron Ramirez.

The driver ran the stop sign coming off of Akins Boulevard and plunged straight into the water, leaving tire tracks in the grass, according to Ramirez.

“There wasn’t much to it,” said Ramirez. “This happens at least once a year.”

The driver was arrested and taken to Bulloch County Jail for DUI, and the passenger was allowed to walk free after EMS checked the two out.

Doyle Towing spent close to two hours dragging the car back to the surface. Owner Adam Doyle and his son had to leave and come back with their fishing boat so that they could hook the car up to the truck.

This was one of three times that Doyle has had to fish a car out of water, but a car has never been so far out in the water that he had to use his boat. 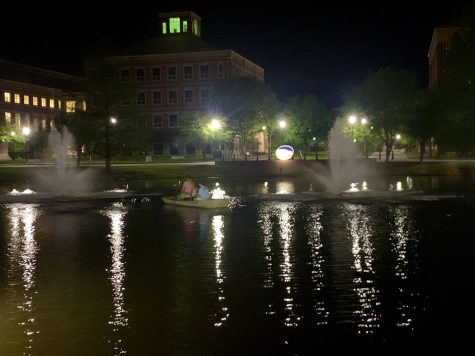