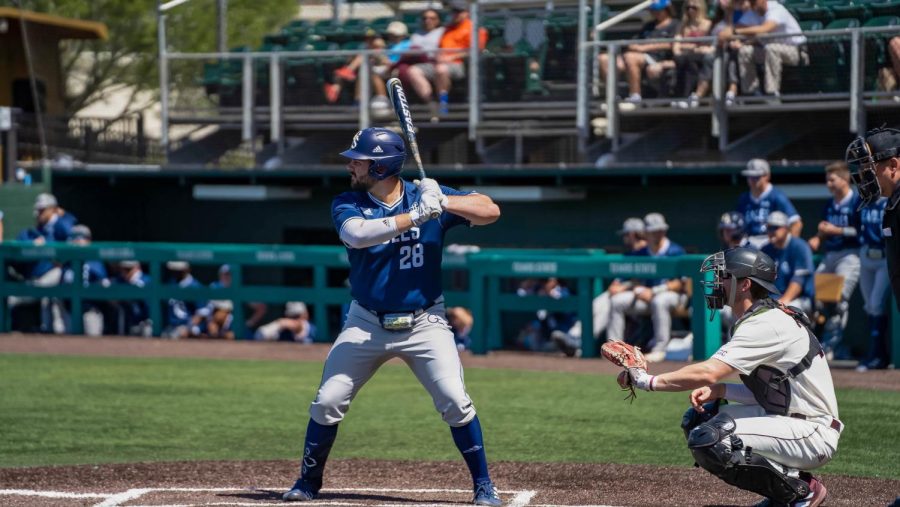 Just two days off a monumental series win over a nationally ranked Texas State team, the Georgia Southern baseball team once again found a way to win. The Eagles fought back from a four-run deficit to take down the Presbyterian Blue Hose.

Both offenses struggled to find runs early and combined for five scoreless innings, however the Eagles broke the game open with three runs in the sixth inning. Nick Searcy, Austin Thompson and Sam Blancato all drove in a run during the frame.

The Blue Hose quickly responded with seven unanswered runs between the sixth and eighth innings. Five of the runs were earned, but a fielder’s choice followed by an Eagle error brought in two important runs for Presbyterian.

Down 7-3 entering the final inning, things once again looked hopeless for the Eagles. But as they have done all year, the Eagles were destined to “find a way.”

To get thing started, a Christian Avant three-run home run gave the Eagles life in the ninth. J.C. Peacher drew a two-out walk before a Blue Hose error allowed the speedy freshman to cross home plate and tie the game at seven.

Avant and Jesse Sherril brought in two runs in the top of the tenth inning before Ga’Von Wray threw a second scoreless and hitless inning to secure the win for GS.

Following the win, GS currently sits at 21-11 (8-4 SBC), which is good enough for fourth in the Sun Belt Conference standings.

GS will be back in action beginning on Thursday as they host Georgia State for an Easter weekend series. All three games will be televised on ESPN+.