My Experience with Housing after My Roommate Passed Away 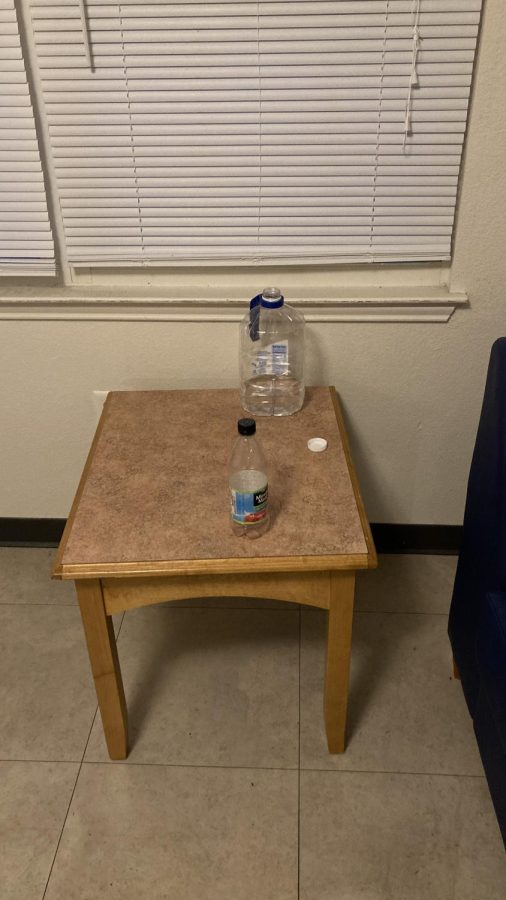 The bottles my roommate had used before he had passed.

On March 21st, 2022, my roommate passed away overnight due to unforeseen circumstances. The following morning my other roommate and I met with a resident director to discuss whether we were going to switch dorms or not. My roommate said he was going to switch dorms that same day, I on the other hand was unsure and said I would think about it.

The RD said okay to both of us. Later on that day, the RD sent an email letting me and my roommate know that we had three days to move our belongings into the new dorm and to turn in our old keys by Wednesday. At the time of that email being sent, I did not see it because I had disconnected from social media and was doing what I could to mentally get better.

On Wednesday 23rd 2022, I received another email from the RD asking me to turn in my keys for the dorm if I had not already done so. I was perplexed by this and stopped by my housing building to talk to him about this.

The RD stated he assumed that I was moving to the new place along with my other roommate and that if I am not I had to let him know before Friday so he can let my late roommate’s parents know. I sent an email Friday morning at 7:27 AM saying that I would like to stay in my dorm for the rest of the semester.

As the weekend came I went to my dorm to get a jacket from my room to see my roommate’s belongings collected, trash in the living room and the bathroom my roommate and I shared picked empty with only five items left: A sponge, ¼ of powdered Ajax, off-brand listerine mouthwash, somewhat empty Pine Sol and Latex Gloves.

My cleaning supplies and toiletries such as deodorant, my razor and my shower bath loofah were taken. I’m not faulting my roommate’s family for the items going missing but I wanted to know what happened. Did his family know someone was living there and left trash behind for me to clean up? Or did his family not know and left trash there for housing to clean up?

After I had taken photos of everything, I went to Windward Commons to talk to the RA’s at the first desk only to find out the RA at the front desk had no idea about anything except that my roommate’s family was coming into town sometime during the weekend and will eventually turn in the keys to the dorm room. I went back to the dorm to see an RD standing in the doorway moving a bin outside of the dorm.

I introduced myself to him and asked them when the family stopped by to collect my roommate’s things, if they would be coming back, who let them in and why they left the front door unlocked. The RD responded saying they were not with the family when collecting their son’s things and that the family will not be coming back.

Baffled by the answer the RD gave, I walked back into the dorm to see all of the trash was still there and that the RD had left. Having more questions I wanted to ask, I contacted my RA to see if they knew anything about the situation but they did not know anything that was going on. The only thing they knew was that my roommate passed away. After bringing them up to speed with what was going on, they emailed the RDs and even called a number to try and get into contact with one of them but to no avail.

The RA was told that the RD who I met outside my dorm was busy and would eventually get back with me. Being bombarded with school work, I decided to wait to see if they would contact me instead of contacting them. After waiting a week, I decided to contact Katie Fester, a resident director, through phone call and email. She got back to me an hour later.

I met with her the following day to discuss what happened and a few days later, my items that were taken were reimbursed to me and my dorm was cleaned up by housing maintenance. So far, I have not had any more problems with the dorm.