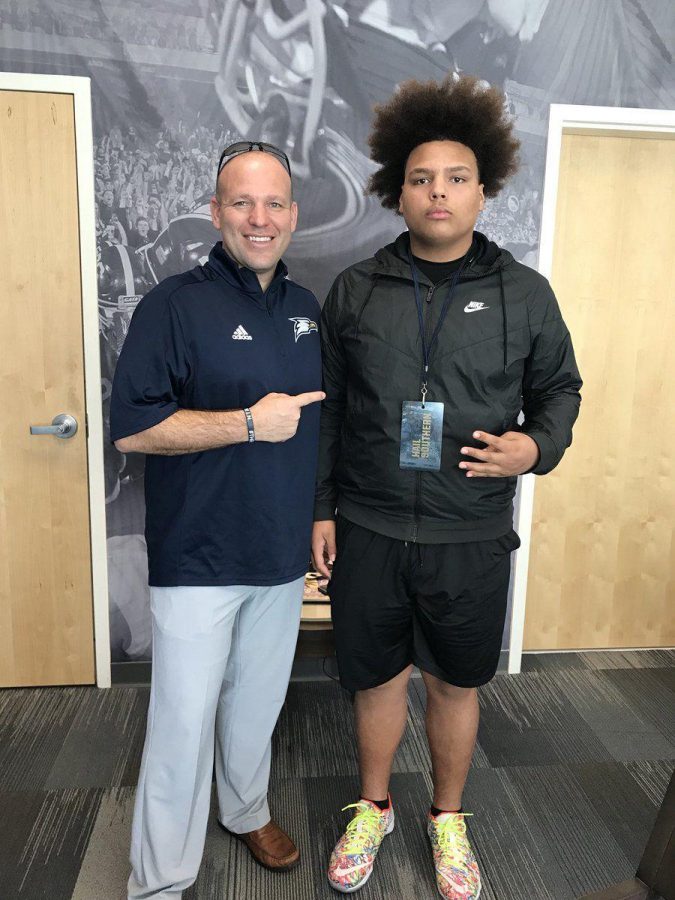 AJ Watkins is the first defensve commit in the class of 2019.

Coach Chad Lunsford picked up his fourth verbal commitment in the class of 2019 in Langston Hughes’ defensive end AJ Watkins.

The 6-foot-3 senior has started all three years for the Panthers and was a force this past season picking up 53 total tackles and four sacks. Langston Hughes lost to Allatoona in the first round of the GHSA Class 6A state playoffs after a 7-3 regular season.

Watkins’ commit is the first commit on the defensive side of the ball, but he’s certainly a good one.

Among others, Watkins also had offers from Appalachian State and Arkansas State, so this verbal might carry a little more weight in a few seasons when the Eagles face these Sun Belt rivals.