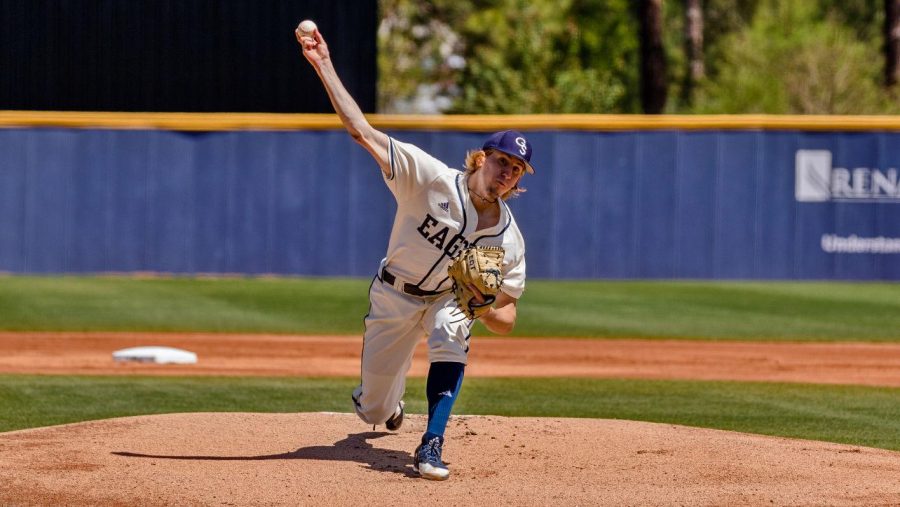 Chase Cohen was drafted by the Oakland Athletics Tuesday afternoon.

Chase Cohen was drafted by the Oakland Athletics in the ninth round of the 2018 MLB Draft Tuesday. The junior RHP posted a 4.40 ERA while going 5-5 in 18 appearances for the Eagles this season.

The righty from Alpharetta, Georgia came to Georgia Southern holding Alpharetta High School’s single game strikeout record with a 15 strikeout performance in six innings. Cohen’s freshman year featured 15 starts and was second in the Sun Belt for opposing BA with .199. His first year in Statesboro was capitalized by a complete game shutout, striking out seven while only allowing two hits against UT-Arlington.

In his sophomore year, Cohen started 16 games and struck out a team-leading 77 batters. The season was highlighted in back to back double digit strikeout performances with 10 against Louisiana and 11 against Arkansas State. Cohen held opponents to a .266 BA.

His most recent season, Cohen had his best games against the best opponents GS played. In the second game against Georgia, Cohen went three innings allowing just one run while striking out five Bulldogs to lead the Eagles to victory in Athens. Cohen went seven innings against Sun Belt champion Coastal Carolina in a one run, eight strikeout performance.