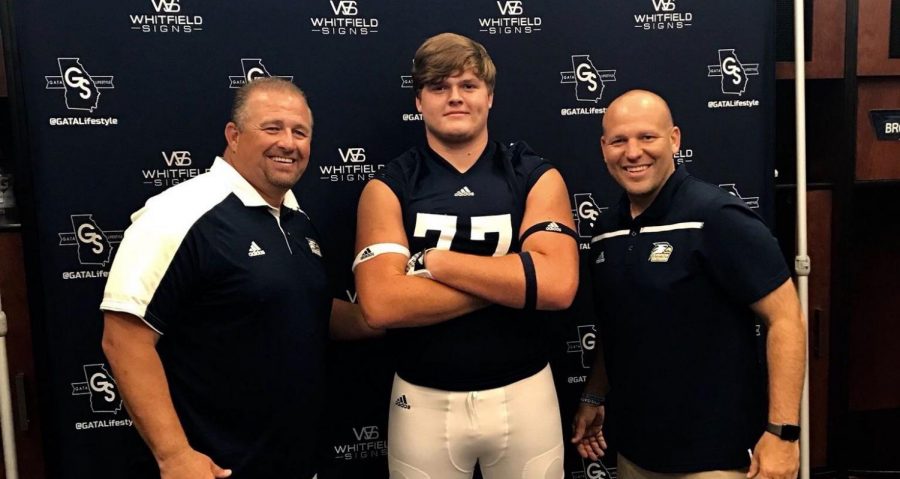 Coach Chad Lunsford has landed his second commit in the class of 2019 with Griffin Carder. Carder is a 6’5” 290 pound offensive lineman from Lee County and committed via Twitter Friday afternoon.

As an offensive guard for GHSA Class AAAAAA state champions Lee County, Carder also collected several accolades of his own including Region 1-6A First Team and GSWA Second Team All-State. Carder is good in length and is constantly aware of his surroundings.

Behind Carder, the Trojans went 14-1 last season defeating Coffee in overtime in the state championship game.