The George-Anne Media Group • May 25, 2018 • https://thegeorgeanne.com/3742/sports/golden-shuman-lead-eagles-to-victory-in-elimination-game-over-uta/ 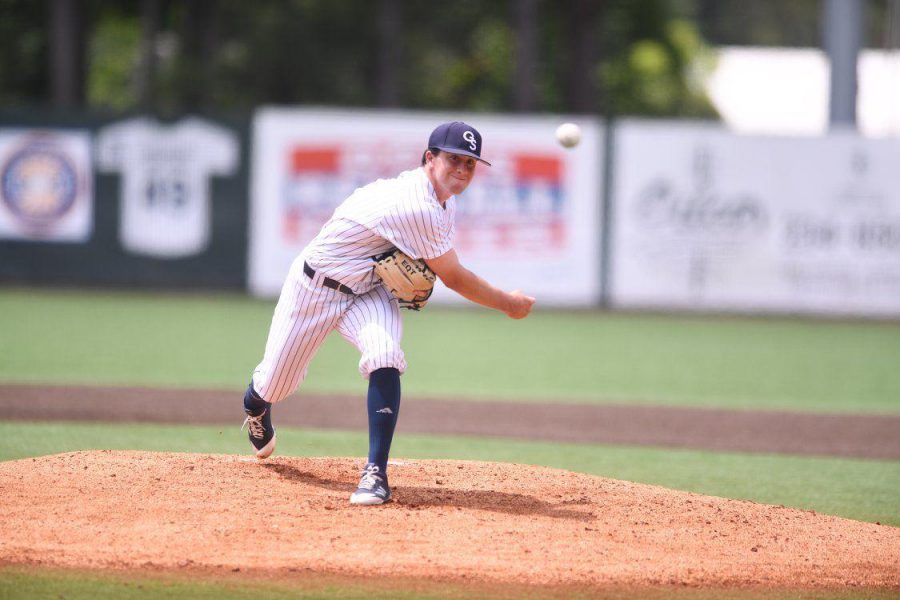 Seth Shuman led the Eagles to a 3-1 victory on the mound over UT-Arlington as he pitched all nine innings and only gave up three hits and one run. The sophomore righty also threw six strikeouts on just 98 pitches for his eighth win of the season.

“Our team always feels confident when Seth has the ball,” head coach Rodney Hennon said. “You just feel like good things are going to happen when he’s out there.”

On the bats the Eagles were also impressive, with eleven hits and three runs throughout the entire game. The Mavericks took a 1-0 lead in the top of the third, but the Eagles were determined to let that be the only run. GS answered in the bottom of the third as they tied the score off of four singles all hit in a row to bring freshman Jason Swan to the home plate.

The Eagles then took the lead and added an insurance run off a two-RBI single off of Mitchell Golden in the bottom of the seventh capping the scoring for the day. Shuman went the distance for nine innings, three hits, one run, one walk and six strikeouts.

“I was able to fill the zone and let my defense do most of the work,” Shuman said. “We didn’t get many runs, but we got the runs when it counted.”

With the win, the Eagles ended the Mavericks’ season and will advance in the conference tournament. GS will try to get their first win of the season over South Alabama when the two squads meet Friday afternoon at 4 p.m. ET.