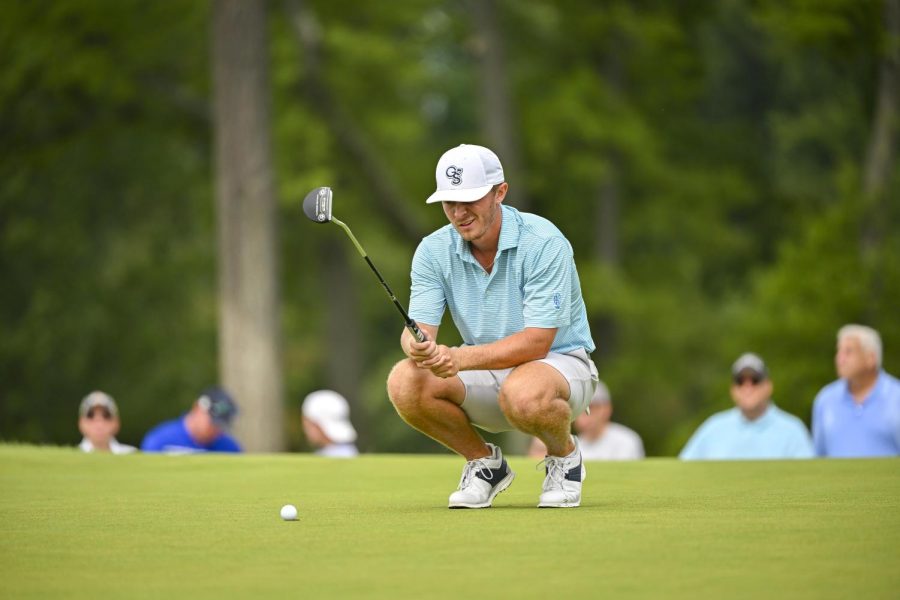 At the beginning of the week, Ben Carr was the No. 70 ranked amateur golfer in the world. Now, he has secured himself a spot in the 2023 US Open and Masters tournaments.

In the championship match, Carr took on No. 3 amateur Sam Bennett from Texas A&M. Bennett took a three-up lead to the lunch break before extending his lead to five holes during the afternoon session, but Carr fought valiantly.

“I started to climb back into the match the second 18,” said Carr. “I was playing solidly and was able to get a couple holes off of him. But even when it looked like we might eventually go into extra holes, he just looked so calm. I mean, I don’t think either of us were honestly too nervous all day. This is the calmest I’ve been all week.”

Carr fought all the way back to cut the lead to just one hole as the match advanced to the 36th and final hole. Unfortunately for Carr, Bennett hit four perfect shots and recorded a championship-clinching par to match Carr.

“It’ll give me a ton of confidence,” said Carr. “I played very well this week, and I’m just really excited for this fall season back at Georgia Southern and ready to see some friends and family.”

Carr is the second Georgia Southern golfer to appear in the US Amateur final, joining 1986 US Amateur champion Buddy Alexander.

“I couldn’t be prouder of Ben,” said Georgia Southern head coach Carter Collins. “He accomplished so much this week and earned the respect of a nation. We are proud to have him as an Eagle – what a week for Ben and his family.”