The George-Anne Media Group • May 8, 2018 • https://thegeorgeanne.com/3777/sports/eagles-drop-final-sun-belt-series-to-rival-georgia-state-set-eyes-on-conference-tournament/ 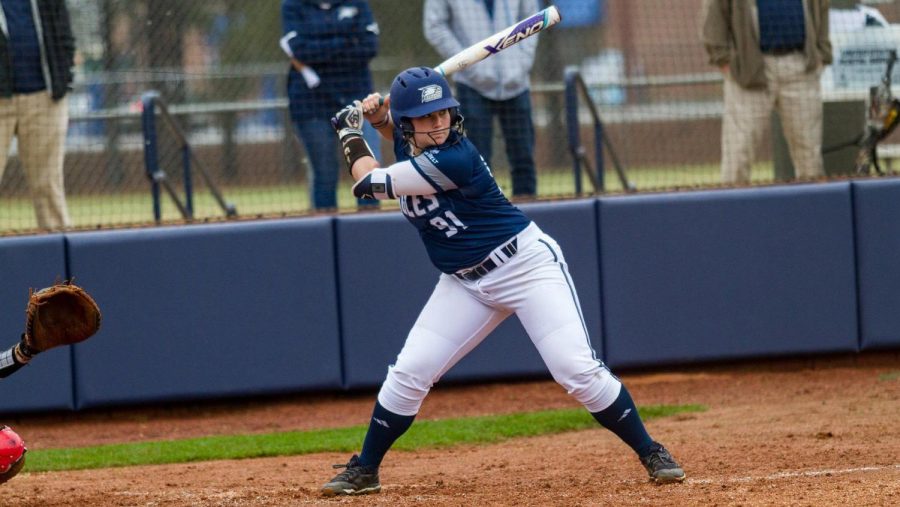 The Eagles will play South Alabama on Wednesday in the Sun Belt Tournament.

The Eagles flew north to Atlanta over the weekend, where they took on Georgia State, losing the series 1-2.

In Friday’s bout, the Eagles trailed for almost the entirety of the game, before two pinch-hits and a successful rally saw them tie it up in the top of the seventh inning. Trailing 0-2 in the final inning of play, GS saw clutch hits from Mehkia Freeman and Macy Weeks tie the game up, all coming with two outs.

In the bottom half of the seventh, on just the second pitch of the frame, Georgia State’s Remington Hasty crushed a ball over the left field fence, allowing the Panthers to walk off on the Eagles.

GS took the lead in the second, and despite being tied at one point, never trailed in the game. During the game, third baseman Hannah Farrell hit her ninth home run, the most for an Eagle this year.

In the eighth inning, with runners on second and third, it was Allyssah Mullis who hit a two-run single, which would prove to be the game-winning runs.

Senior Kaylee Ramos went the distance for the Eagles, getting the win and saving the Eagles’ bullpen from having to be used.

Georgia Southern was shut out in the second game of the DH on Saturday, in a game that was never really close, but despite the loss, the Eagles finished what was an excellent season.

Finishing at 28-24 on the season, the Eagles locked up the seventh seed and face South Alabama on Wednesday in Lafayette. First pitch is set for 1:30 p.m. ET.