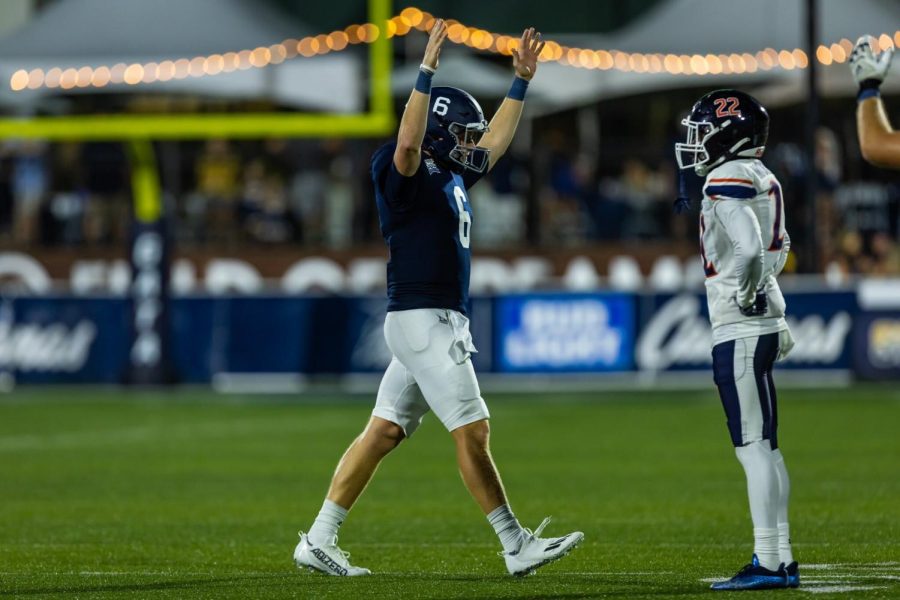 Despite getting off to a slow start on Saturday night, Georgia Southern coasted to a 52-point victory over FCS foe Morgan State in Clay Helton’s first game as head coach.

After a scoreless first quarter, GS got the scoring started early in the second quarter in unconventional fashion as a Kyle VanTrease pass careened off the back of a Morgan State defender and into the hands of GS running back OJ Arnold.

“Should I have thrown that ball? Probably not, but again we got lucky,” said VanTrease.

MSU quickly tied things up with an interception return for a touchdown less than three minutes after the GS touchdown, but that would be the only time the Bears found the endzone.

“Execution wise early offensively I thought we could be a little bit better but we got into a flow late in the first quarter,” said Helton. “We made some adjustments at halftime and saw a lot more Cover 1 defense than we thought and we took advantage of that.”

The halftime adjustments paid off as the Eagles found the endzone on six consecutive drives in the second half en route to a 59-7 victory. The offense threw for more than 300 yards, a feat that has not been accomplished by the Eagles since 2008.

VanTrease racked up more than 360 yards to go along with four touchdowns while Arnold recorded a receiving and rushing touchdown. Defensively, the Eagles forced three turnovers which turned into three GS touchdowns.

GS will be back in action this weekend as they travel to take on Nebraska. Kickoff is set for 7:30 p.m. and the game will be televised on FS1.