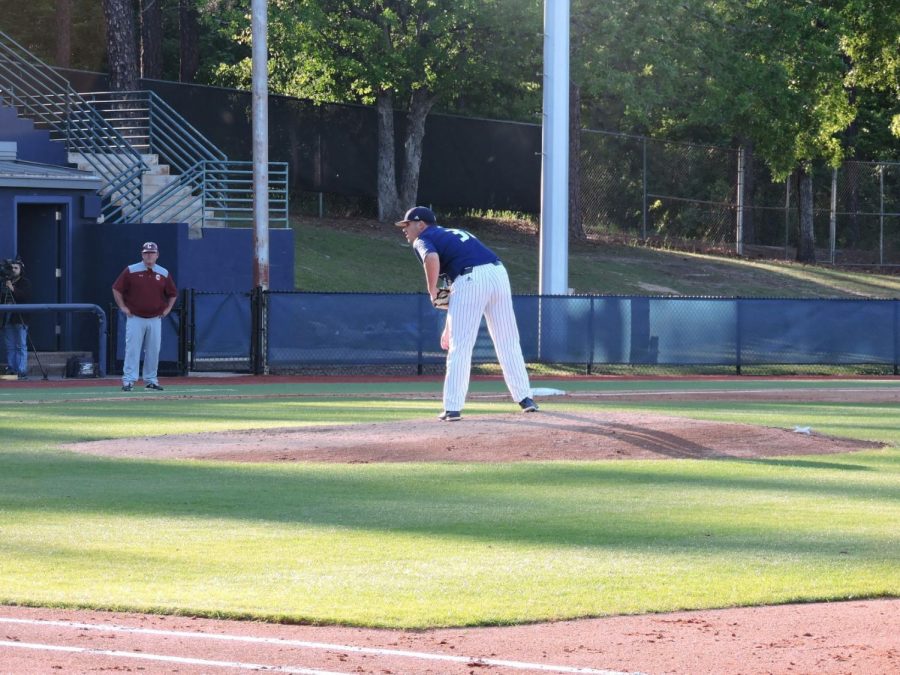 In the midst of a four-game slide, the Eagles called on sophomore RHP Braxton Johns to take the mound, in his first starting appearance.

Johns went a career-long six innings, striking out three while only allowing three hits, eating important innings in the game.

After the game, Johns talked about his first career start.

“There were a bunch of nerves,” Johns said. “I dealt with it a little bit and got out there, and I used my nerves to my advantage.”

The Eagles would use three more pitchers, freshman Hayden Harris, sophomore Eric Goldstein and freshman David Johnson to finish off the Cougars.

Goldstein and Harris combined to allow a trio of runs, which would bring the game to 6-3 going into the ninth. Johnson gave up a lead-off home run over the Blue Monster, but settled in after, earning his first career save.

GS also got a stellar defensive effort despite one error. LF Mason McWhorter had the play of the night with a sliding catch in foul territory that would end the inning.

Georgia Southern looks to continue their momentum into the weekend, when they play host to UT-Arlington in a three game series. First pitch for Friday’s bout is scheduled for 6:30 p.m.