Eagles use seven pitchers in blowout loss to Mercer 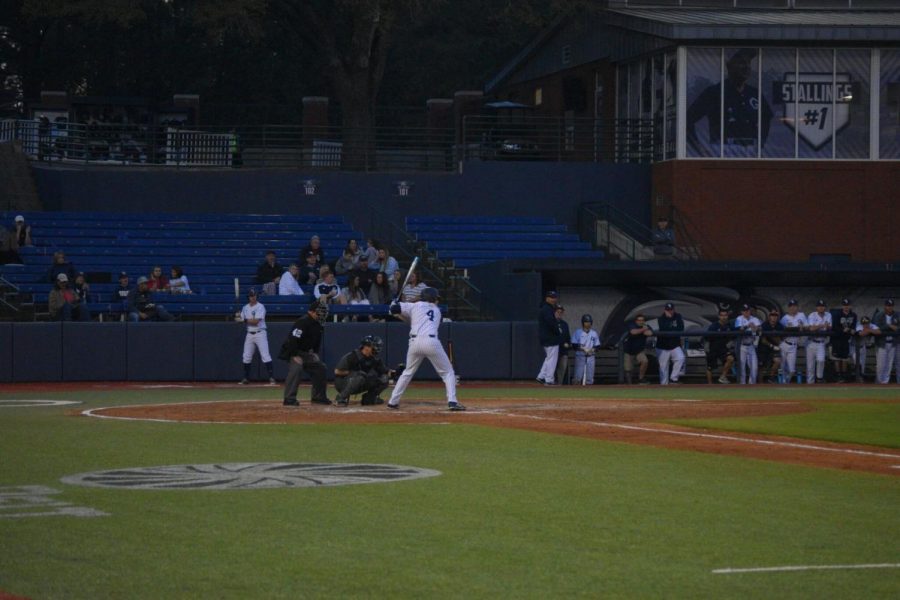 The Eagles travel to Arkansas-Little Rock this weekend for a three game series against the Trojans.

The explosion of offense against the Citadel Tuesday night seemed like an encouraging sign moving forward for the Georgia Southern baseball team, but unfortunately they weren’t able to carry it over into Wednesday night’s matchup against Mercer.

To put it lightly, the Bears were rather easily able to take care of business against the Eagles, leaving J.I. Clements Stadium with an 11-3 victory.

The game saw the Eagles use seven pitchers, including three to get out of the third inning alone.

Starting junior RHP Zach Cowart went two and a third innings deep before being yanked, bringing in junior RHP Lawson Humphries, who failed to record an out.

After that it was freshman Austin Kleinlein, son of GS Athletic Director, Tom Kleinlein, who provided some stability for the Eagles, but at that point the game was out of hand.

Mercer used a four-run second and a four-run third to put the game out of reach, and stymied GS batters along the way, only allowing three runs off of seven hits, despite the Eagles loading the bases not once, but twice during the game.

Unlike in Tuesday’s contest where the Eagles were able to rally from being down by six, their offense couldn’t seem to get rolling, at least not enough to catch up with Mercer.

The Eagles put up one run in the fourth on a fielder’s choice, but were unable to drive home their first RBI of the day until freshman catcher Christian Avant singled home sophomore outfielder Mason McWhorter in the bottom of the sixth inning, making it a 9-2 game.

GS did have some bright spots despite the tough night on both sides of the ball, with a pair of freshmen contributing.

It was Nolan Tressler going two for four at the plate, and Christian Avant who drove in two out of the three Eagle runs in the game. McWhorter was walked three times during the contest.

After the game, Head Coach Rodney Hennon talked about his team’s performance and what they need to do getting ready for the weekend.

“We gotta pull ourselves together and get ready for the weekend,” Hennon said. “I don’t think we were ready to play early. I’ll take responsibility for that, that’s on me.”

Wednesday’s defeat leaves the Eagles sitting at 14-15 on the season, a game below .500.

Despite their poor offensive showing, the Eagles will only have one day’s rest before they take the field for a big conference series from Arkansas-Little Rock.

The first contest from Little Rock, Arkansas against the Trojans is set for Saturday, April 7 at 3 p.m. ET.