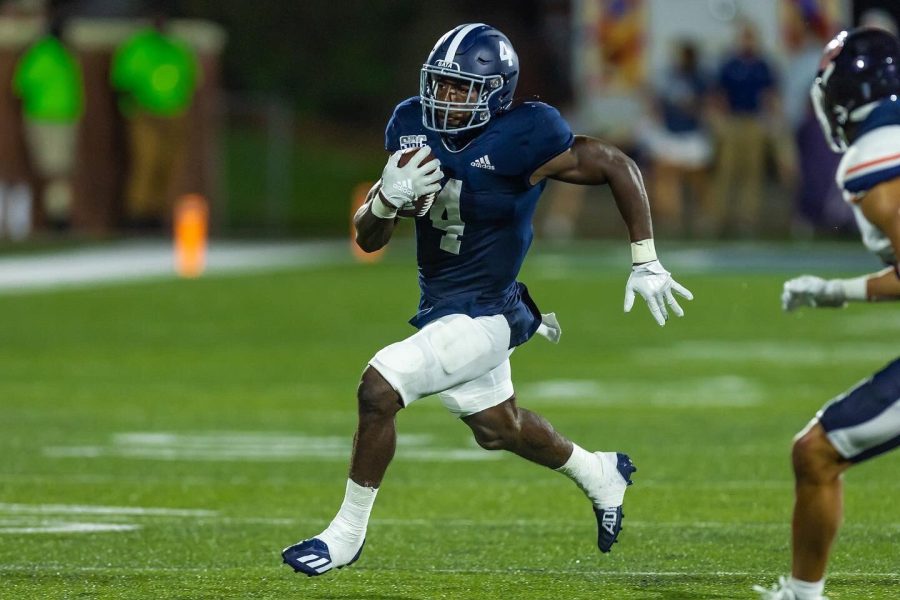 History: Georgia Southern and Nebraska have never met in football, but both have a rich history within the sport.

A slew of new faces made their debut for the Eagles, with transfer quarterback Kyle VanTrease leading the way as he threw for over 360 yards and four touchdowns. Freshman running back OJ Arnold was the team’s leading rusher while also hauling in a touchdown reception.

The Eagle defense once again looked strong following a down year in 2021. The return of All-American cornerback Derrick Canteen from injury helped the defense force three interceptions while holding the Bears to under 80 passing yards.

Scouting Report: Offensively, the Cornhuskers have looked effective through two games. While transfer quarterback Casey Thompson has struggled to avoid turnovers, he has looked capable of leading a high caliber offense at times.

While Nebraska is a team that will look to do most of their work through the air, the Cornhuskers’ rushing attack has looked like a well-oiled machine. Junior running back Anthony Grant is averaging almost seven yards per carry and has recorded two touchdowns in each of the team’s games this season.

On the defensive side of things, it has been a train wreck for the Cornhuskers. The team is giving up more than 415 yards per game, including over 300 yards to FCS-level North Dakota. The rushing defense has been exceptionally bad, allowing nearly 200 yards per game.

Bottom Line: This weekend’s game will be the first real measuring stick of what to expect in Georgia Southern’s first year under Clay Helton.

To pull off an upset, the Eagles need the offense to come out on fire. VanTrease needs to air the ball out and find as many receivers as possible, but the rushing game will decide the fate of the team. If Helton’s stable of backs can produce against a weak Nebraska front, you can officially put the Cornhuskers on upset alert.

Defensively, the strategy is simple: the Eagles need to force turnovers. If Will Harris’ unit can wreak havoc on Thompson, the Eagles will have ample opportunity to create multiple turnovers.