President Hebert candidate for positions at other institutions 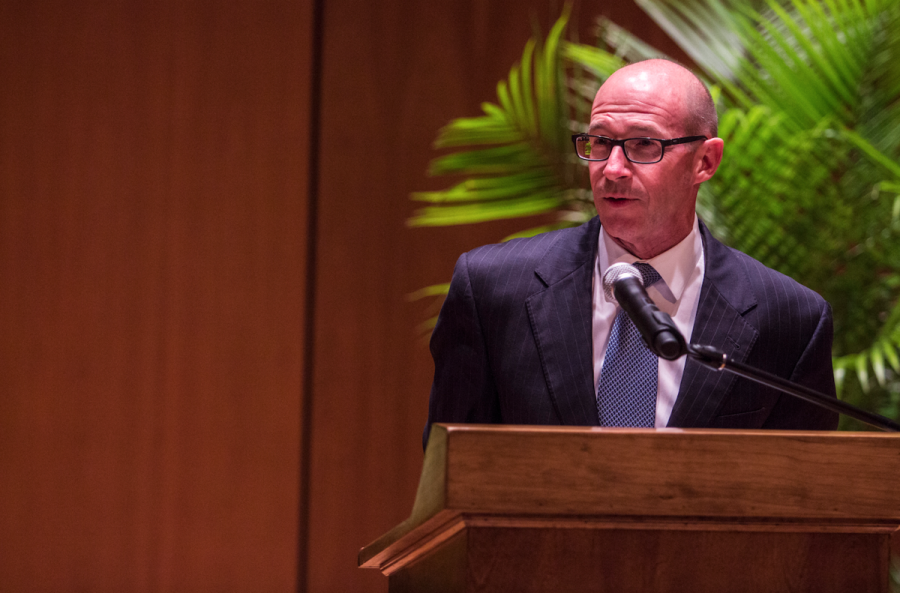 President Jaimie Hebert is a finalist to become the Senior Vice President for Academic Affairs and Provost at the University of Houston-Clear Lake.

The University of Houston-Clear Lake posted their finalists on their website including Hebert and Deena González, Ph.D., associate provost for faculty affairs at Loyola Marymount University.

The priority application deadline for this position was March 14 and the official start date is an unspecified date this summer.

University of Louisiana at Lafayette

Hebert is a candidate for Provost of UL Lafayette, his alma mater, according to the Vermilion, UL Lafayette’s student newspaper.

The Vermilion reported on April 23 that Hebert spoke at their Student Government Association’s last spring semester meeting as a Provost candidate for the university.

Hebert was selected to be president of GS in July 2016 after serving as provost and vice president for academic affairs at Sam Houston State University.

In a recent interview with The George-Anne, Hebert was asked what excites him the most about next year.

“Our students,” Hebert said. “That’s what I look forward to more than anything and that’s what everyone on our campuses do. I mean, you guys are what it’s about. Student success is our focus.”

This article will be updated as more information becomes available.

Brendan Ward contributed to this article.