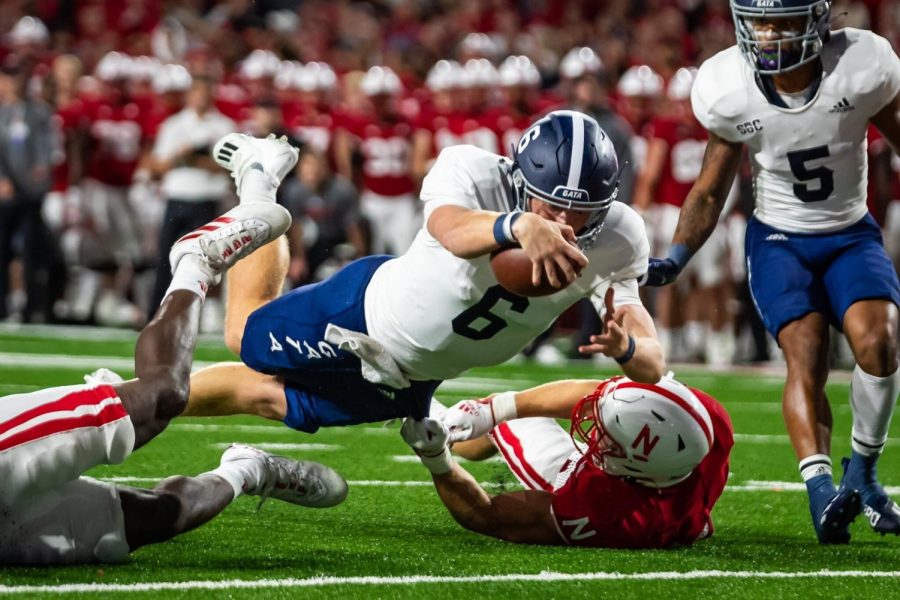 On Saturday, for just the second time in program history, Georgia Southern defeated a Power Five team when they upset Nebraska, 45-42.

The Cornhuskers attempted a 52-yard field goal with one second remaining, but Timmy Bleekrode’s attempt missed wide left to secure a historic victory for the Eagles.

GS quarterback Kyle VanTrease—who threw for over 400 yards—scored the eventual game-winning touchdown on an eight yard run with just 36 seconds left to play.

VanTrease becomes just the second Eagle quarterback to record multiple 300-yard games (joining Tracy Ham) and the only Eagle to throw for over 300 yards in consecutive games.

The scoring was back and forth all night, with neither team holding a lead larger than a touchdown at any point in the game.

However, perhaps the most impressive performance came from the Eagles’ offensive line, who did not give up a single sack despite GS attempting more than 50 passes.

The Eagles now sit at 2-0 on the season with just one more game remaining before conference play commences.

GS will be back in action on Saturday as they travel to take on the 1-1 UAB Blazers. Kickoff is set for 3:30 p.m. and the game will be televised on Stadium.