The scene in Memorial Stadium (from someone who was there) 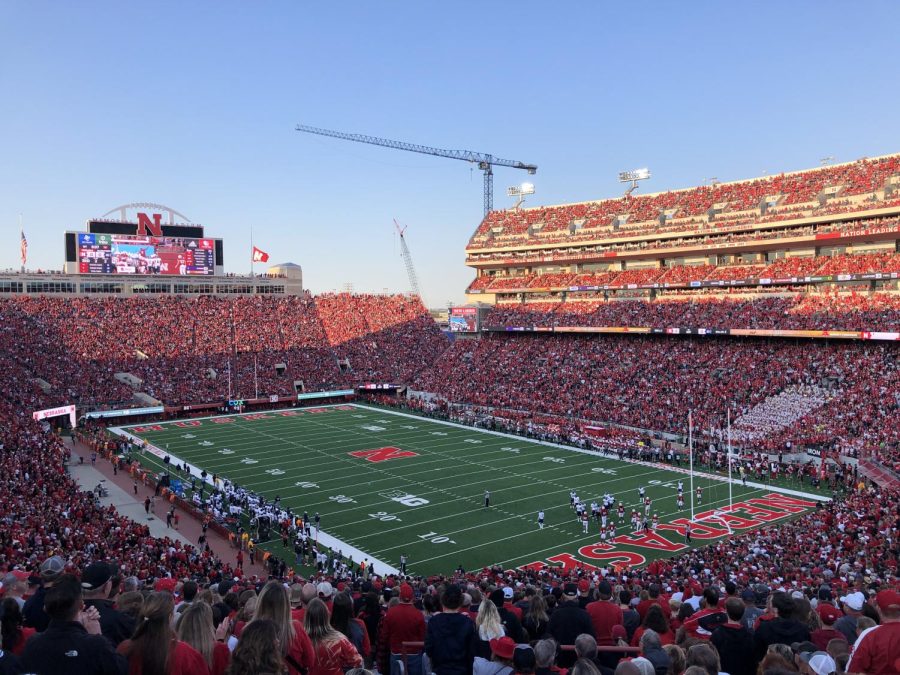 On Saturday, my dad and I were lucky enough to be in attendance for Georgia Southern’s 45-42 upset of the Nebraska Cornhuskers. It was just my third time traveling to a Georgia Southern away game and the experience was unlike any other game I had ever attended.

Georgia Southern fans were scattered throughout the stadium, but the majority were in the west endzone directly behind the Eagles’ bench. There was a considerable amount of Eagle fans there, probably over 1,000 in total and they were loud.

The fans that were in attendance made there voices heard, with a “One More Time” chant being heard very clearly even on the television broadcast of the game.

.@GSAthletics_FB I love our fans! One more time chant clear as can be on national broadcast! #gata #HailSouthern #gsu #gseagles pic.twitter.com/ppu3yLTve5

When Kyle VanTrease led the eventual game-winning drive and Timmy Bleekrode missed a potential game-tying field goal, it felt like time stood still. Over 80,000 Cornhusker fans fell almost deathly silent, while the no more than 2,000 members of Eagle Nation created a roar heard throughout the community.

The scene afterwards was complete and utter chaos. Fans, alumni and family members alike flocked to the tunnel where the Eagles exited the field. Everyone was hugging, shaking hands and yelling in what seemed like disbelief of what had just occurred.

Then, the party flooded throughout the streets of Lincoln. Eagle fans could be found in virtually every bar of the town drinking a little too much celebratory alcohol. The win truly felt like something Eagle Nation has not experienced for far too long.

Georgia Southern, you outdid yourself this weekend.