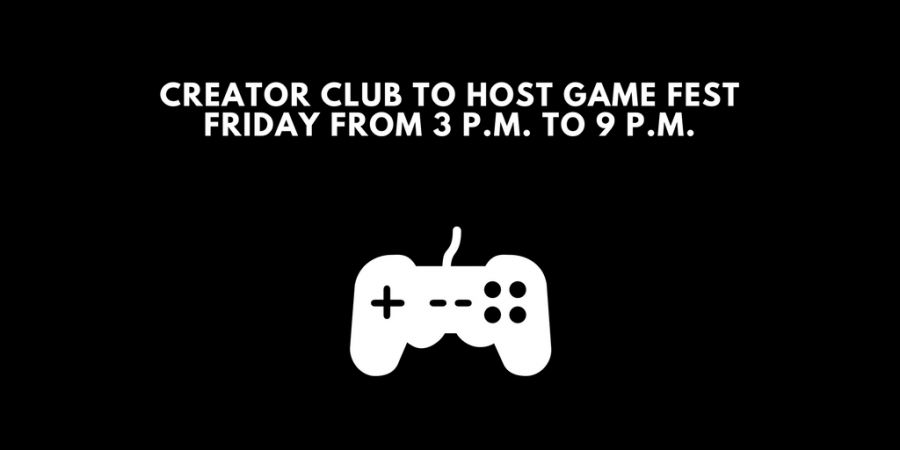 Creator Club will take place Friday in the Forest Drive Building room 1231 from 3 p.m. to 9 p.m.

Game Fest is a collaborative effort between the Digital Humanities Department and the Creator Club. The initiative of Game Fest is to showcase how gaming affects the human experience.

There are no requirements to be involved the Game Fest. For more information about Game Fest contact Creator Club.