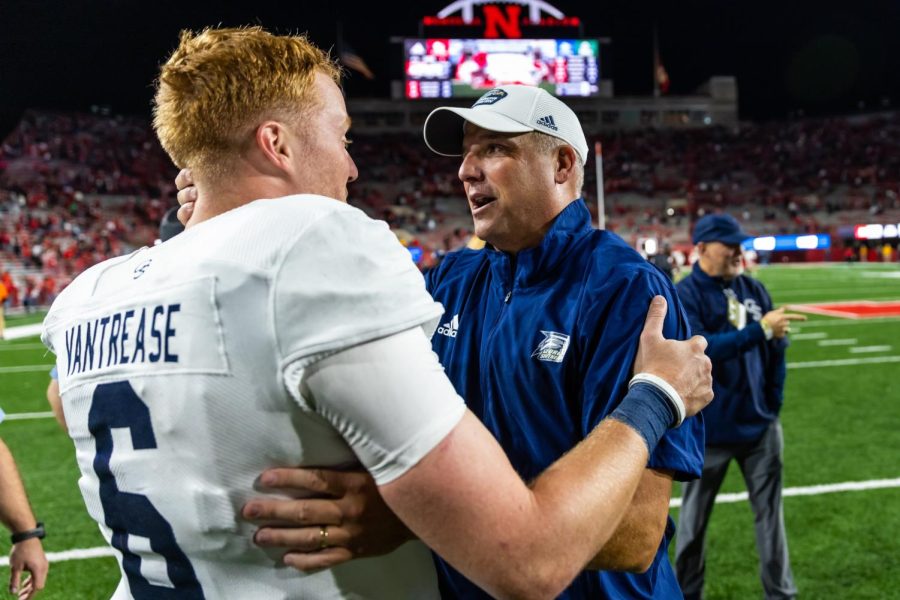 On Saturday, Georgia Southern took down Nebraska in one of the most monumental victories in program history.

There are a number of things that fans should take away from this game, but here is what I took away from the historic win.

There is no “transition” period

Normally, when a program is transitioning away from an offense as drastic as the triple option—it does not go well, especially at first (Georgia Tech, for example). However, Clay Helton has found a plethora of playmakers to push his agenda in Statesboro ahead of schedule.

A win over a Power Five program is something that not many programs can claim in recent years, so stealing a win in Lincoln just two games into a new tenure is huge for the program. The win showed that this team is truly capable of a lot more than what most pundits expected prior to the season.

This offense is borderline unstoppable

The Eagle offense, led by Kyle Vantrease, looked electric to start the season. However, in a game against Morgan State, that is to be expected.

What this Eagle offense did against Nebraska—a team loaded with four and five-star recruits—sent a message to the college football world. No team in the history of the sport has put up more yards in Memorial Stadium than the Georgia Southern Eagles did last Saturday.

Vantrease, along with star receivers Derwin Burgess Jr. and Khaleb Hood, is leading one of the most electric passing offenses in America, while Gerald Green is the star of a loaded Georgia Southern backfield.

The defense is actually not back

Nebraska has an electric offense, but the Eagle defense did themselves no favors on Saturday. Punts were scarce on both sides, but the Eagles failed to force even a single turnover against the Cornhuskers.

Despite the win, the coaching staff was inevitably frustrated by giving up nearly 600 yards of total offense and more than 40 points. Nebraska also won the time of possession battle over the Eagles, albeit by a slim three-minute margin.

For the Eagles to continue their success, the defense must get back to forcing turnovers. The team cannot simply rely on outscoring their opponent every week, the turnover margin will become the single most important statistic to gauge the Eagles’ success throughout the remainder of the season.