Laughing ‘Til We Cried 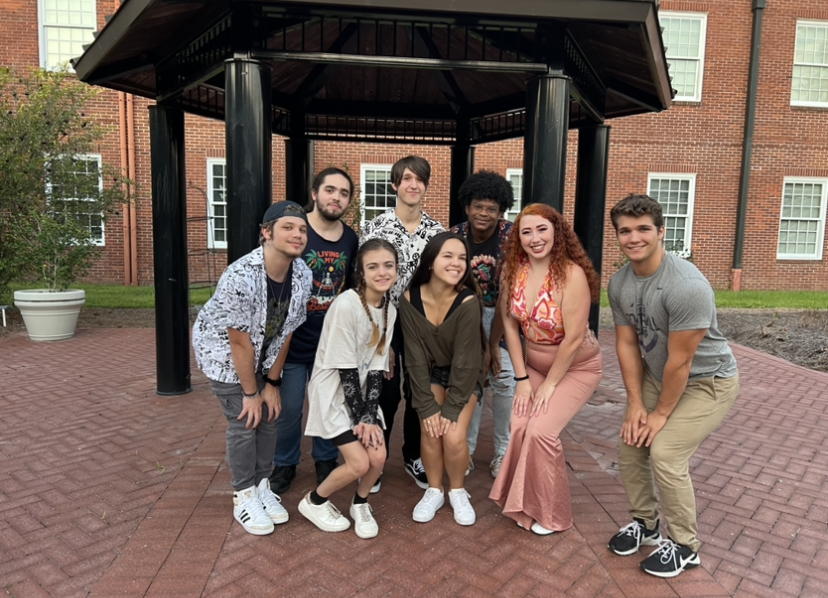 Some of the improv troupe before their show on Thursday evening.

The Last Laugh Improv Troupe premiered the first of two shows on Thursday, September 15 at 7:30 in the International Gardens.

The fun began with a game called “Freeze,” in which two performers start acting, and at any point other performers can shout “FREEZE!” and tag in to take their place and continue the scene however they like. These unexpected freeze moments often led to some outlandish poses, adding to the hilarity.

Next, Hannah Dodson was the host of a birthday party who had to guess the character traits (provided by the audience) of her three guests (Ben Longren, Gabby Reilly, and Nick Dillard).

Ethan Goble, Ava Mueller, Cameron Saypack and Cameron Corn rotated through different roles and skits in a game of “Deathbox,” made all the more amusing by the performers having to adjust the storyline whenever, “New Choice!” was shouted by Western from the audience.

Logan Western left the choice of what the last game would be to the audience, who got the choice between their popular “Beastie Boys” game or “Sex With Me.” The audience chose the latter, as well as the silly prompts used by the performers when they declared, “Sex with me is like (prompt)…”

Needless to say, the audience was left in stitches throughout the performance. Logan Western reminded the audience that the beauty of returning to see the show Friday night was that it “would include different material.”

The performers also encourage those interested in joining the troupe to take part in their upcoming Improv Workshop on October 6th, 2022 at 5:30pm in Jenkins Hall.