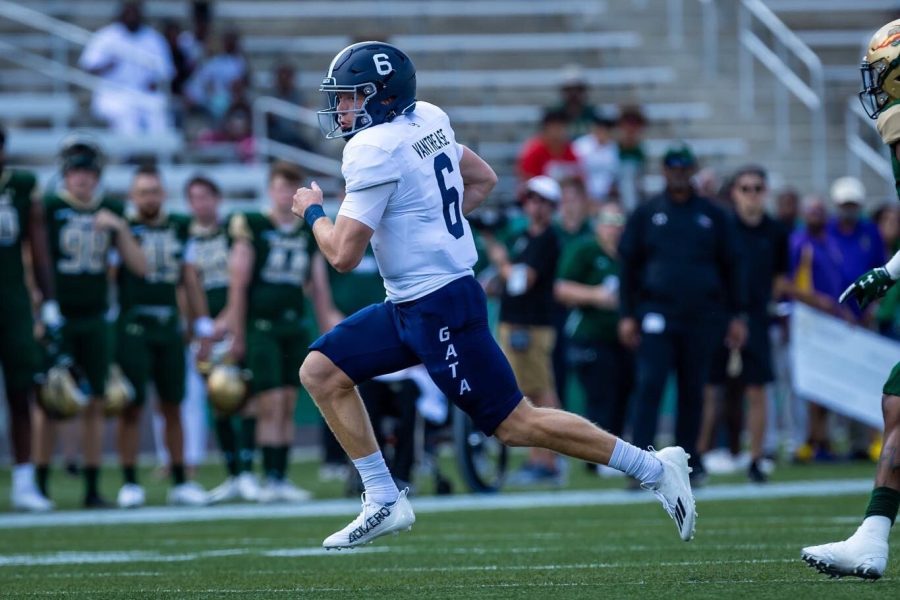 For the first time since the arrival of Clay Helton, the Georgia Southern Eagles have lost a football game.

UAB took down the Eagles, 35-21, just a week after GS pulled off a shocking upset of the Nebraska Cornhuskers.

Blazer running back Dewayne McBride scored two of his four touchdowns in the fourth quarter to fend off a furious comeback from the Eagles, who trailed by 21 pints before bringing the game to within one possession. McBride ultimately finished the game with 223 yards to go along with his four scores.

Running back Jalen White starred for the Eagles with over 100 yards rushing and two touchdowns, which marked his third consecutive game with two scores.

Eagle quarterback Kyle Vantrease showed his first true signs of a struggle on Saturday, throwing three interceptions to his lone touchdown. Vantrease also completed less than 50% of his passes against a strong Blazers’ defense.

The Eagles sit at 2-1 following the loss, but look to bounce back against a struggling 1-2 Ball State team on Saturday. Kickoff is set for 6:00 p.m. and the game will be televised on ESPN+.