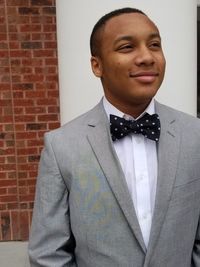 Jarvis Steele, senior political science and philosophy double major, will serve as the SGA President for all three of GS's consolidated campuses.

After several days of voting, the 2018-2019 Student Government Association elections came to a close and declared its winners.

Although the two did not run on the same ticket, both candidates shared aspirations for the future of SGA.

“We have to continue to work toward making sure our students are engaged, aware and understanding of the resources that they have, while at the same time [unifying] our students behind ideas and beliefs that we can stand on,” Steele said at the debate.

During her opening statements, Monkou said her campaign slogan was “See the change and be the change,” and that she wanted to focus on the growth and development of students to help prepare them for life after college.

Monkou said her first plans as executive vice president would be to unify GS more by giving Greek Life a place to host events. Monkou also said she hopes to help create a last-year experience course for seniors.

Steele said his first actions as president would be to go to Armstrong so that he can set up a line of communication with the student body, and to offer full, unrestricted access to his office during his term. Jarvis also hopes that, by coming together as a whole, both universities can work on all students’ concerns.

Steele said, “I want people to be closer to understanding one another and closer to seeing things from each other’s point of view.”