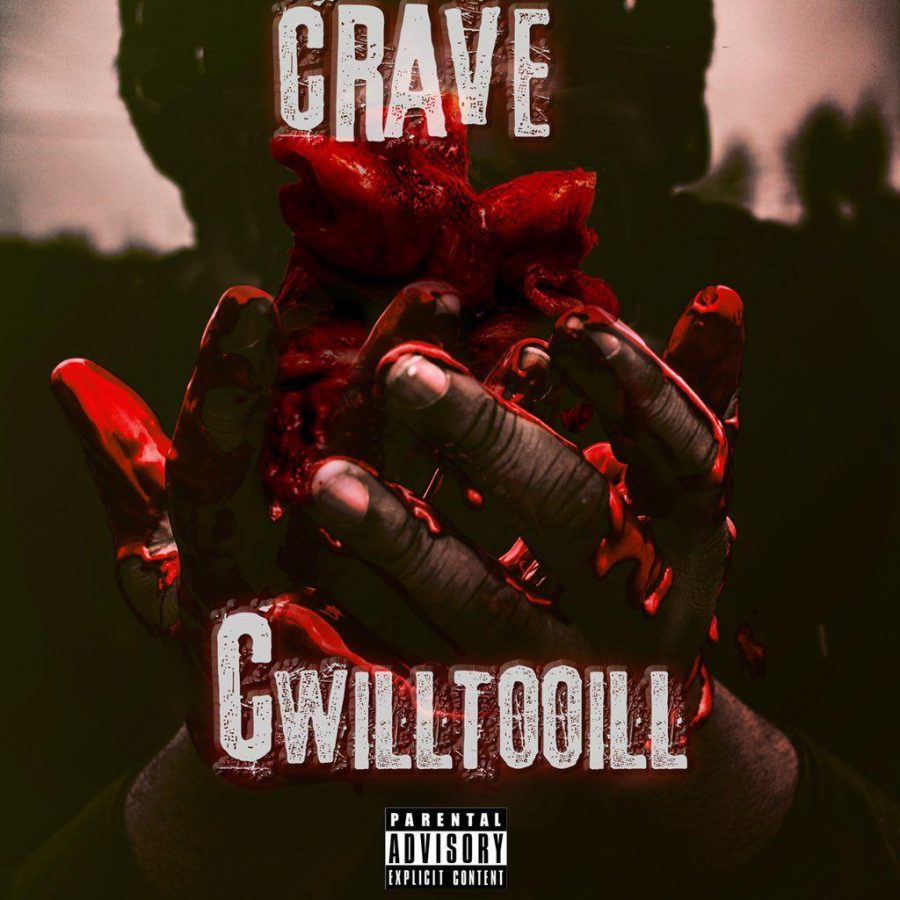 Williams released his album "Crave" this February on multiple platforms, including Spotify.

“A Grammy is my biggest goal. If I can get a Grammy, I can tell you the only thing after that I’m looking for is a second one,” Williams laughed.

Williams, also known by his stage name, CWiLLtooiLL, is a senior sports management and business major with a music minor. He recently released his first album, “Crave,” on multiple platforms.

Williams said he grew up in Wetumpka, Alabama, a small town outside of Montgomery where everyone knew each other. His father used to be in a blues band, his brother rapped, and his mother loved listening to music.

“My mom just listened to music so much. I remember every Saturday morning, I’d wake up, and she’d be playing the same song probably about three or four years in a row,” Williams said. “Everybody that spent the night at my house knew the song, just like I did.”

Williams said he first performed at his seventh-grade talent show. It wasn’t until he arrived at Georgia Southern University that he began making his own music.

“My first-ever project summer of 2015 … only has like nine downloads and like 14 streams, and I’m pretty sure I’m the one who streamed it, and I’m pretty sure I’m the one who downloaded it nine times, because I came here into the [library] computer lab … and just downloaded it on every computer so I could get more downloads,” Williams said. “I went from that, to I did right around a million streams on my EP as of right now, and I’m right around 200,000 streams on my album [“Crave”] that I dropped a little over a month ago.”

Williams describes his music, which often comes with the Parental Advisory label, as “heavy in content,” but based on real-life situations.

Williams names J-Cole, Big K.R.I.T., Kendrick Lamar, Lauryn Hill and 6lack as some of his influences. He takes inspiration from his own life, the things his friends tell him and the news.

“I can intertwine what’s going on in my life and be able to put it on paper, so I’m happy about that. It makes me feel good – it’s a feeling at the end of the day, but while I’m writing it, I’m in a mode where it’s just like, don’t really want to be in that position, sort of uncomfortable,” Williams said.

Williams said that once he writes down his feelings, he feels like he can move past them, so he writes every day.

“I’m really in touch with my feelings, so I can articulate how I’m feeling on a daily basis. It just so happens that the one thing that a lot of men don’t like to talk about is their feelings, and so I talk about mine, so I think that’s very different,” Williams said.

In 2015, Williams and fellow artist and athlete Robert “Two5ive” Brice released “Paulson Party,” a song about GS football. At the time, Williams was a redshirt freshman offensive lineman, while Brice was a junior safety.

“Balance-wise, you definitely lose sleep,” Williams said. “I would stay up until 2 or 3 o’clock in the morning and have, you know, 6 a.m. workouts.”

Brice and Williams continued working together after releasing “Paulson Party,” which was played at both the Georgia State game and the GoDaddy Bowl that year. However, Williams’s time on the GS football team came to an end after his junior year.

Williams said he deals with writer’s block by sitting outside at Sweetheart Circle, Paulson Stadium or Savannah. He explained that he needs to “live life a little bit” and likes to look at random words to spark his creativity.

“Writer’s block, it’ll make you feel bad… I think my biggest fear is to make it, and then all of a sudden, I can’t make a good song anymore. I can’t even write anymore. But I can’t think like that, I’ll speak it into existence.”

What’s next for Williams?

After graduation, Williams will move to the Atlanta area for internships in the music industry and work. He said there will be a period of adjustment as he begins to live on his own.

“I’m not from there, so there’s no way I can go and live with my mom in Atlanta or something like that, I have to support myself,” Williams said. “It’s going to be difficult. I know it’s going to be a learning curve. But at the same time, that’s why I came to school, that’s why I learned how to budget money, that’s why I’m here… Every single one of my roommates are from Atlanta, a lot of my teammates are from Atlanta, so I know a lot of people there, so it’s like home.”

Before he leaves Statesboro, Williams said he plans to release a music video on the weekend of the spring commencement ceremony. He said he hopes a lot of people connect with the song, especially Millenials who are the first in their families to graduate.

Williams said, “I’ll be the first one [in my family] to graduate from college, so that’s a good feeling, so I talk about that. I let one of my friends here… I let him hear it, he starts crying, that’s how I knew it was a good song. Every time I hear it, I tear up as well. Just heavy, it’s really heavy.”