Breaking Things Off is Hard, But Worth It 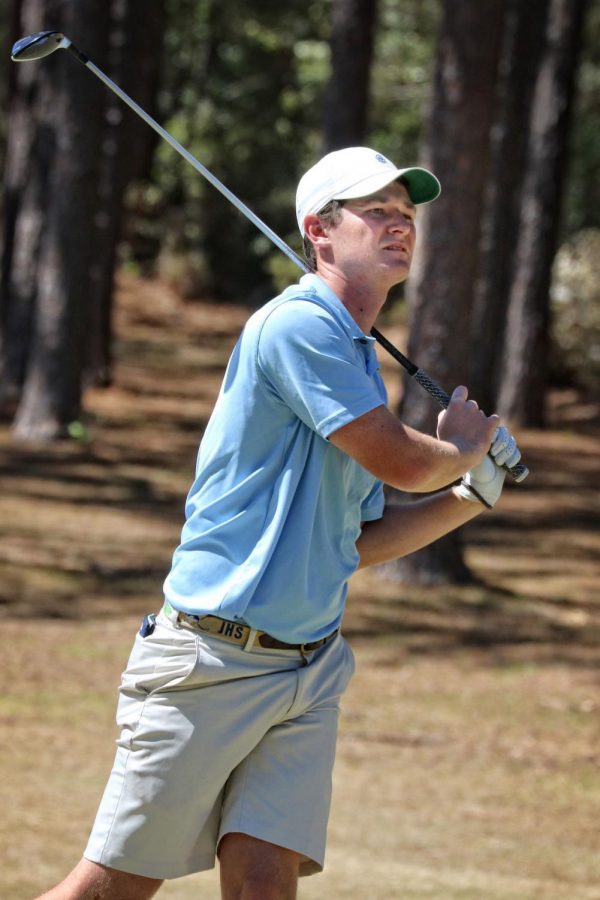 Junior Jake Storey stares down a shot at the Schenkel Invitational. Storey currently has the best average score per round in the Sun Belt.

We are taught from an early age that we have to do our best to understand others, to put aside our anger and disagreements and to love one another despite our differences. Learning to see all sides is an essential skill to life and is a healthy way to maintain relationships whether they are romantic or platonic.

That being said, sometimes it’s healthy to acknowledge those differences and break things off with the people who disagree with you. Being open-minded and respectful of other people’s opinions is always an important policy, but learning when to leave a situation for your own health can be worth it, even if it’s very hard.

Getting in fights with friends or loved ones is never easy. You love them, and you don’t want to fight for the sake of your relationship. It’s good to try as hard as you can to keep that relationship because working through hardships can be more than worth it. However, there comes a point when holding on too tightly can be damaging and toxic.

I recently got into a fight with a friend of mine. This was the first time I had ever been involved in something so intense, and for the sake of the friendship that we had developed since meeting each other early in our college career, I tried to accept our differences and move on.

We disagreed on what my friend calls “politics,” and while it could certainly be called that, it was more personal to me and came closer to a discussion about my life. The entire argument, which lasted weeks, felt like a personal attack and was very exhausting for me. My “friend” lived in the same building as me and also hung out in the same friend group, so I would see him almost every day. Having that exposure brought up a lot of negative feelings for me, and I began to actively avoid him and my friends to avoid talking about it. When we did manage to talk again on several occasions, our conversations were strained and left me emotionally raw.

This is what I would describe as an unhealthy relationship: one that hurts you either physically or emotionally. If being with someone drains you or leaves you constantly feeling hurt, then you may want to reconsider your relationship with that person.

After talking things over with my friends, who were watching this happen, they advised me to break things off if he was bothering me so much. Maintaining such a toxic relationship was unhealthy, and it would be better for me to remove myself from it entirely.

That’s what I ended up doing. After a heated phone call, I told my friend how I felt. I also told him that if he was going to continue to attack me, then I couldn’t be his friend anymore. Things had gotten a bit better at that point, but I still felt the best thing to do would be to cut things off. I don’t hang out with him anymore and have small talk with him in the hallway to be civil, but I had officially broken things off with him. It ended up being one of the greatest decisions I’ve ever made. My life drastically improved afterward, and the people around me said they noticed I was happier.

Communication in any relationship is important, especially if someone does or says something that hurts you. In this case, I learned to share my feelings with people who were important to me and work out what was best for my health. Trying to understand others’ feelings is important, but so is trying to understand your own and setting up boundaries to protect yourself. If this is something you have trouble with, seek out a support system. Find other people who you love and trust and ask for advice. Do what makes you comfortable.

Learning to coexist is something I have always advocated. It is important to living peacefully and without too much stress. But sometimes, trying too hard to coexist can have the opposite effect. There is a threshold between healthy and toxic coexistence, and it’s important that we learn where that line is for ourselves.