Gamecocks get the best of Camp and the Eagles 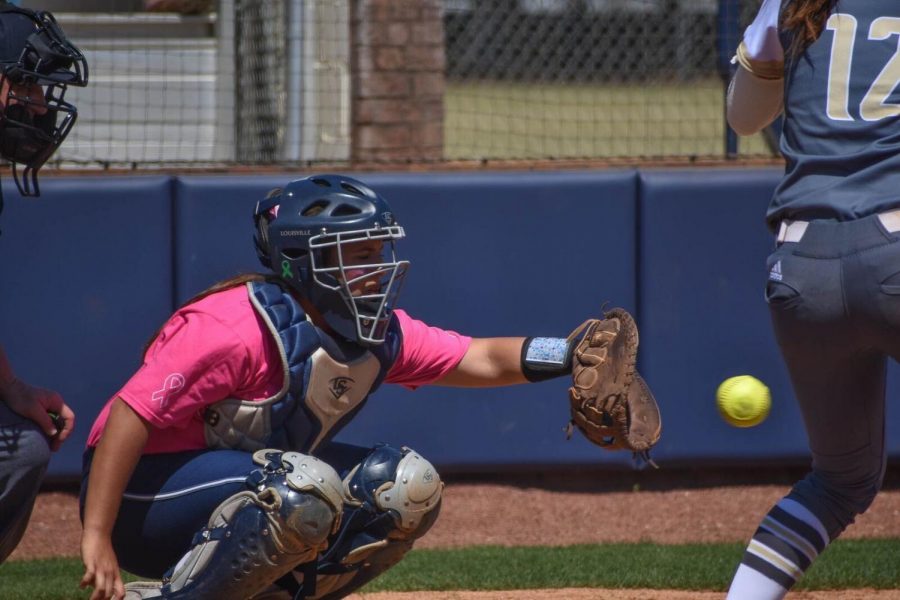 Georgia Southern looked to snap their losing streak when traveling to Columbia, South Carolina, but failed as they fell to South Carolina 5-2.

The Gamecocks were quick to score, as Alyssa VanDerveer hit a three-run home run in the bottom of the first to give USC an early lead.

The home team was then able to increase its’ lead as they tucked away two more insurance runs in the fourth off an RBI double and an RBI groundout.

USC pitcher Kelsey Oh was able to seal the win for the Gamecocks as she threw a three-hitter game, as well as striking out seven batters, while senior RHP Kierra Camp took the loss for the Eagles.

Camp gave up seven hits and five runs during the length of play, but recorded four strikeouts in the effort.

Since the Eagles loss, Cole Swindell- popular GS alumni country artist- also lost. Swindell had bet Cody Alan that the Eagles would come out victorious against USC, and the stakes were high. Loser of the bet had to dress up in the other’s school gear and sing that team’s fight song.

Sadly the Eagles could not snag the win for popular country star Cole Swindell. So be prepared to see Swindell all decked out in Gamecock gear, singing their fight song.

The Eagles will be traveling to Conway, South Carolina for their next Sun Belt series against Coastal Carolina. The games will take place this upcoming weekend April 7. Two games will be played on Saturday at 1 and 3 p.m. and the final game of the series will be played Sunday, April 8 at 1 p.m.