The Dean Machine has landed at GS 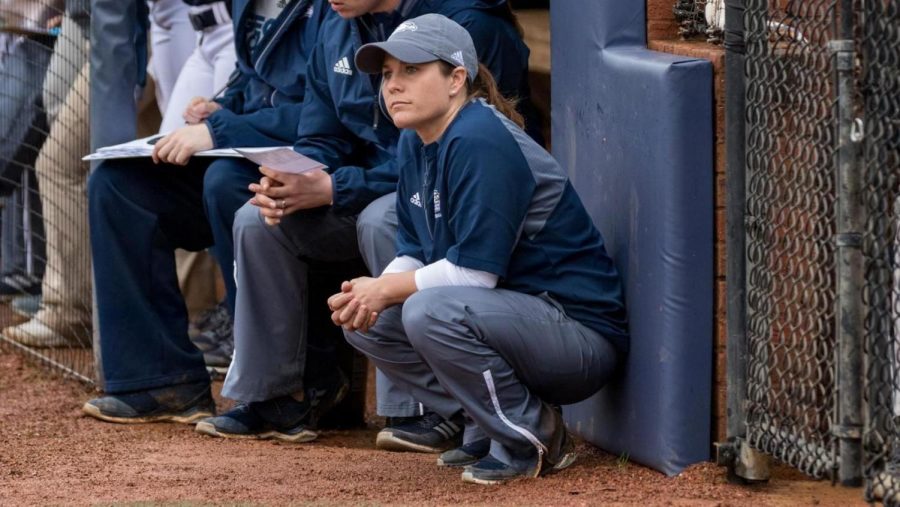 Georgia Southern had the best start in school history under Dean.

Kim Dean was named head coach for the Eagles in 2017, after her successful season as head coach at Armstrong State University in 2016 and 2017.

“Anytime you take over a program you encounter different obstacles,” Dean said about the switch from ASU to Georgia Southern.

In her time at Armstrong, Dean was able to help the Pirates finish third at the 2017 NCAA DII National Championships and finished the season with an impressive record of 38-14.

Dean, along with her staff, was also named 2017 NFCA Division II Southeast Region Coaching Staff of the Year by the coaches’ association as well.

Prior to the Pirates, Dean worked as the assistant coach at the University of Southern Indiana. USI was able to put together a 193-146 record over her seven years of work there.

Dean worked as a student-assistant at the University of Wisconsin-Parkside for a season after finishing her four-year playing career there. As a player, she was a two-time All-GLVC honoree and twice lead the team’s batting average.

So far Dean has lead the Eagles to mostly success, already making a name for herself by having one of the best starts to a season in GS history in her first season here.

“I wouldn’t say it was significantly different, taking over Armstrong as it has been taking over Georgia Southern,” Dean said. “I have a pretty firm philosophy on how I think the game should be played.”

Along with Dean, junior catcher Logan Harrell and junior shortstop Macy Coleman came to GS as part of the consolidation with ASU. The juniors have enjoyed great success with Harrell leading the team in RBIs with 27 and Coleman second on the team in homeruns with seven.

“I think the girls accepted change and were excited to try playing the game a different way,” Dean said about the consolidation and the affect it had on the players. “I give a ton of credit to the team, being very open to change.”

The Eagles have 14 regular season games left in the season and they currently hold a 21-17 record. It’s safe to say that we’re excited to see what Dean and the rest of the Eagles have in store for the remaining season.