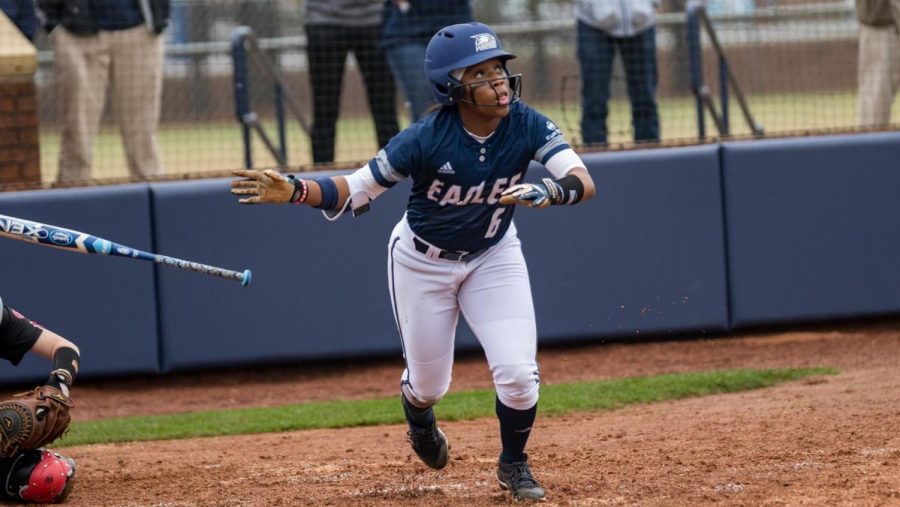 The Eagles had hoped to break their eight-game losing streak as they travelled to take on the College of Charleston, but were unsuccessful as the Cougars took the win 4-1 over Georgia Southern.

A big third inning is what gave CoC their lead over the Eagles, plating all four of their runs in that one inning of play. From a two-run bunt play along with a two-run home run the Cougars capped their scoring and sealed the lead.

The game remained scoreless for the rest of the time, until the Eagles were able to able to get on the board in the seventh inning as senior infielder Alesha Mann scored off of an RBI from sophomore centerfielder Mekhia Freeman.

Freshman RHP Rylee Waldrep was on the mound for the Eagles and took the loss as she threw six hit and four runs, but did throw two strikeouts.

Izzy Berouty took the win for the Cougars by only throwing four hits and one run, while striking out four.

With that win the Cougars were able to break a five-game losing streak, while the Eagles extended their losing streak to nine.

The Eagles will play at home for the first time in three weeks in a series against Sun Belt opponent UT-Arlington.

The series will start off with a double header on Saturday, April 14 at 1 p.m. and 3 p.m., and will conclude with game three on April 15 at noon.