U.S. flags to be flown outside of all residence halls on Statesboro campus 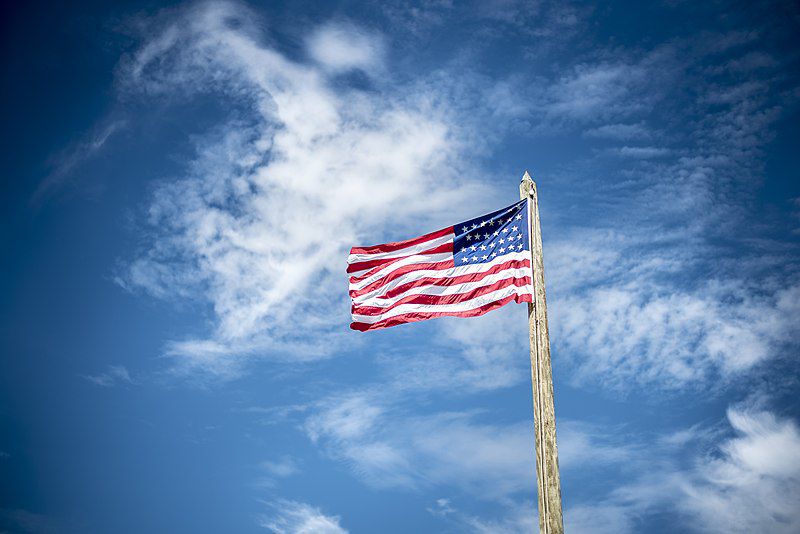 U.S. flags will be flown outside all eight residence halls on the Statesboro campus starting April 17. The Flag Code will be follow when raising and lowering the flags.Photo found on wiki commons.

A new initiative by Georgia Southern University will have U.S. flags flown on all eight residence halls on the Statesboro campus starting April 17.

According to the GS Housing website, the new initiative is being implemented to recognize the members of the United States military and military veterans in the University community.

A volunteer team consisting of military veterans from University Housing and ROTC students will carry the U.S Flag Code, which formalizes the act of flying the American flag and demonstrates respect and tradition.

The Flag Code will be carried out at each of the eight residence halls Monday through Friday with the American flag being raised every morning at 8 a.m. and will be lowered each evening at dusk. The flags will never touch the ground and will be secured during inclement weather. When not in use, they will be folded in military form and be stored in a secured location.

The University and Statesboro community are encouraged to attend a initial flag raising ceremony at University Villas at 10 a.m. on April 17 where all military veterans will be recognized at the ceremony.

“I have had the pleasure of working within the facility profession for more than 29 years now,” Michael Head, director of University Housing and Auxiliary Facilities, said in a press release. “Our current American flag project here at Georgia Southern is my favorite of all projects that I have been involved with. I can think of no better way to educate our students and show pride toward our country and the freedoms and liberties we are provided, than to proudly display our American Flag for all students, parents, staff and visitors to see while traveling to and from our University Housing complexes.”