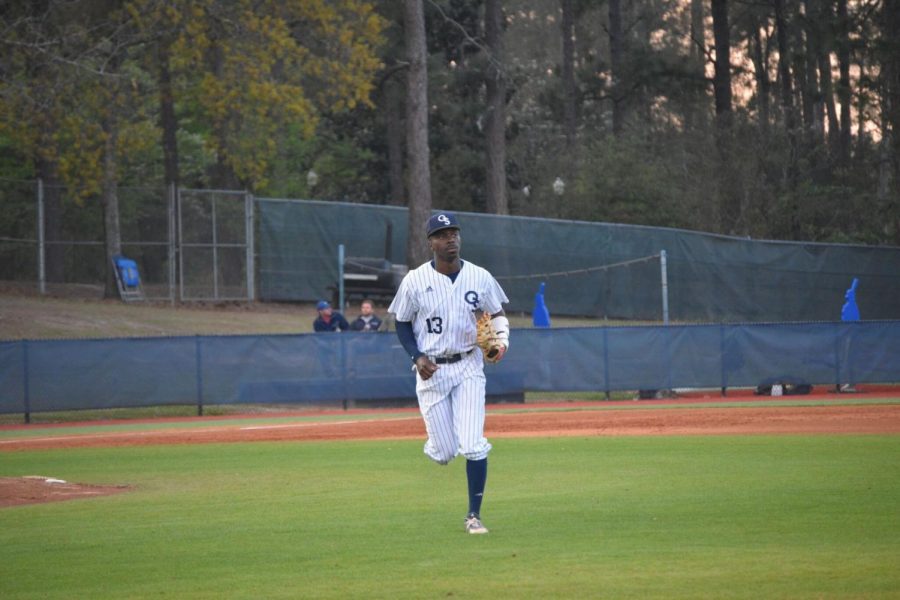 Following a rough series loss to conference foe Coastal Carolina, the Georgia Southern baseball team looked to rebound in a midweek matchup against The Citadel on Tuesday J.I. Clements Stadium.

The contest against the Bulldogs was quite the rollercoaster, that began with the Eagles jumping out to an early 1-0 lead in the first inning, but that lead didn’t last long.

Things took a turn for the worse for GS in the second, when The Citadel was able to put up 4 runs after scattering the same amount of hits in their offensive half of the inning, and they were not done putting up runs yet.

In the top of the fourth, Bulldog outfielder Jeffrey Brown tripled tripled to right center, knocking in another pair of runs. Brown himself came across to score when the very next batter, William Kinney, singled, extending their lead to 7-1.

Trailing by six entering the bottom of the fourth inning, many people might have already lost hope in the GS’ chance of winning, but insteading of giving up on themselves, the Eagles responded with a bit of offensive firepower of their own.

Following back to back hitters being hit by a pitch, and a third being walked to load the bases, sophomore second baseman Steven Curry singled to drive home the Eagles’ second run of the day.

The very next batter in the lineup, freshman first baseman Jason Swan came up big and drove a base-clearing double, making the score 7-5.

In the fifth, the Eagles were able to claim the lead for the second time in the ball game, after plating 3 runs on as many hits, making the score 8-7 in favor of GS.

Their explosion of scoring proved to be too much for The Citadel, who failed to score another run after going up by six in the fourth.

The Eagles were able to come away from Tuesday’s matchup with a much needed 12-7 win before in state opponent Mercer comes into town for a contest on Wednesday night.

First pitch from J.I. Clements Stadium against the Bears on Wednesday is scheduled for 6:00 p.m.