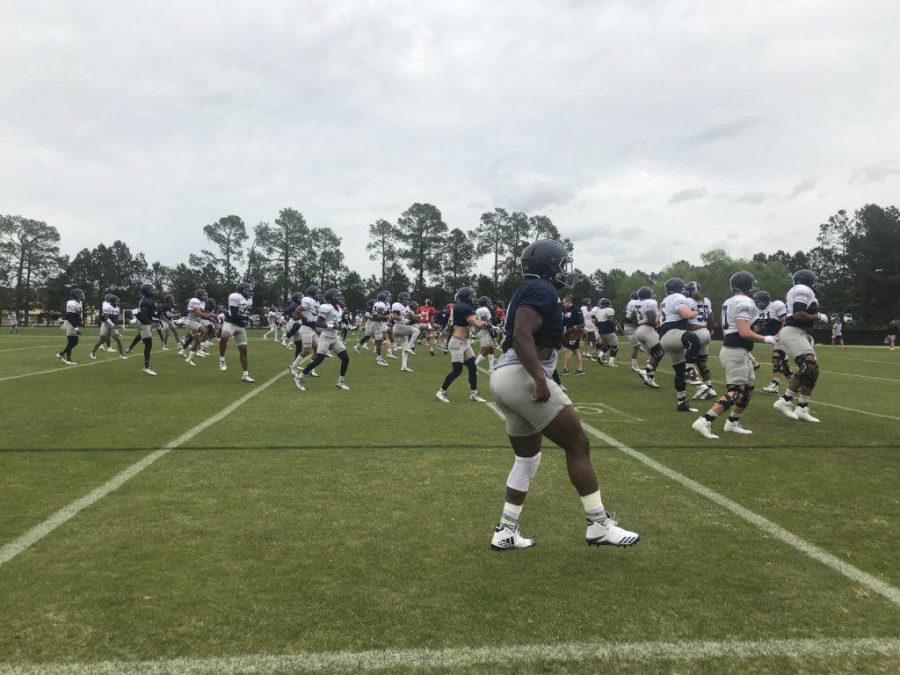 The Eagles took the field for one of their last spring practices of the spring preseason. With one week until the spring game there are only two more practices left for the talented football season.

Looking at the defense, one can tell that they’ve grown majorly since last season.

During practice, while the defense wasn’t assisting in set plays, they were off and working on technique, speed, agility and tackling.

One thing the defense mainly focused on was tackling and breaking through those blocks from the offense.

Another thing noticeable was how the defensive coaches worked the players in different drills to help with their speed and agility.

With all the fancy footwork, the speed and powerful  tackles, we can expect to see the defense look good this upcoming season.