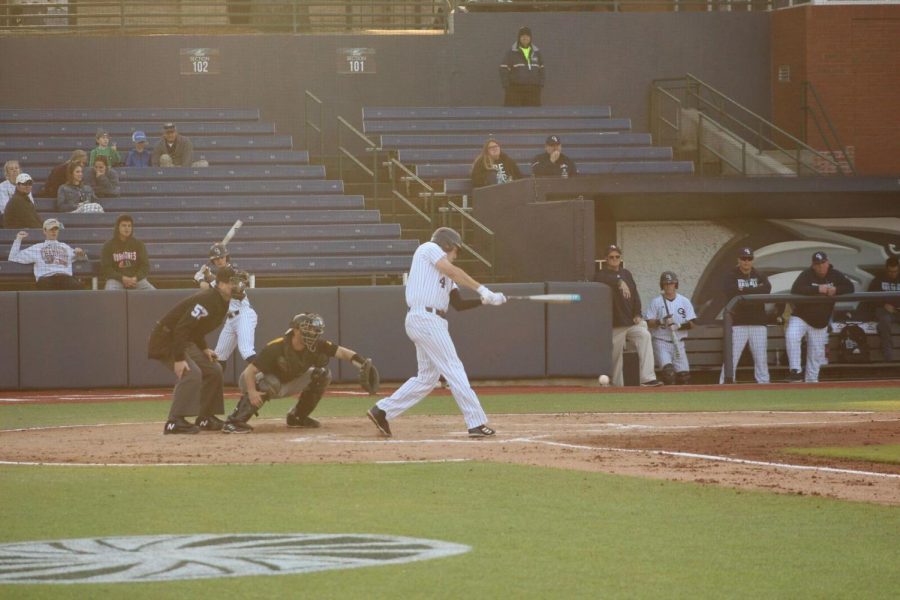 Georgia Southern toppled College of Charleston for the second time this season, 5-4, while pulling their overall record to 20-20.

The Eagles got on the board first in the third inning, where they went up 2-0. It was a triple by the freshman Jason Swan that got the ball rolling, and a single by sophomore Steven Curry that chased in Swan.

Sophomore Mason McWhorter also had a day with three doubles, his 10th multi-hit game of the season. Chandler Corley, Jeddediah Fagg and Austin Thompson all contributed RBI’s to the team’s victory.

Sophomore RHP Braxton Johns got a second consecutive start against the Cougars, with him shutting Charleston out through six innings of work. Johns pitched well against the team again, going five and a third deep while surrendering a duo of runs and allowing five hits.

The Eagles travel to the Lonestar State where they face the Texas State Bobcats in a three game Sun Belt series. First pitch on Friday is set for 7 p.m. (ET)

McClain Baxley contrubuted to this article.