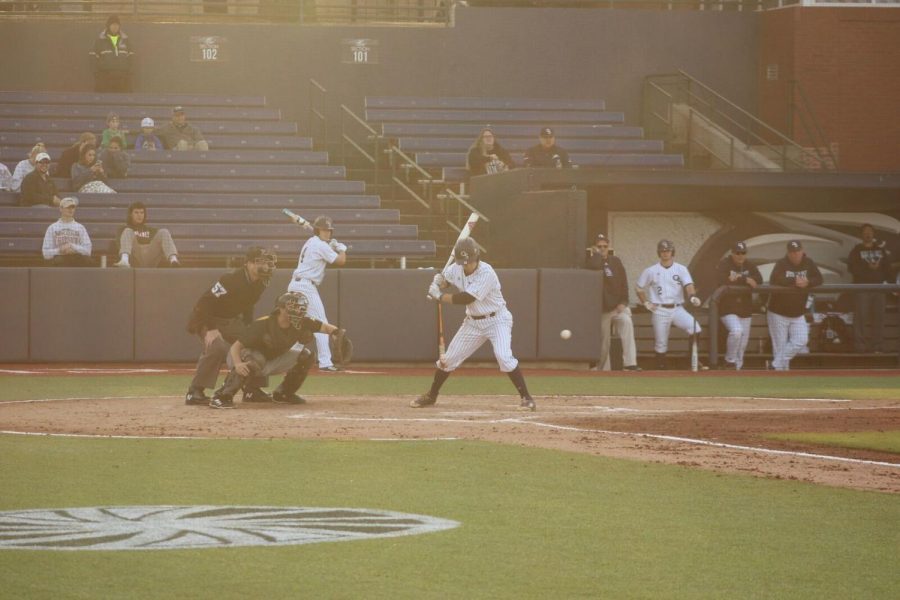 The Eagles host Troy this weekend at J.I. Clements Stadium.

Georgia Southern got a much needed Sun Belt series win over the weekend, beating Texas State twice in San Marcos pushing their overall record to 22-21.

In the first game of the series, the Eagles were downed in disappointing fashion, losing to the Bobcats by a run. Despite the loss, GS got big contributions from redshirt junior Tyler Martin, who racked up three hits, and senior Chandler Corley who drove in a run.

Junior RHP Brian Eichhorn went eight innings deep in the loss, allowing four runs, but it was a Bobcat home run in the eighth frame that sealed the game for Texas State.

GS bounced back in Saturday’s affair, getting a big win in extra innings.

The Eagles, who trailed the game early, got home runs from sophomore Mason McWhorter, and freshman Christian Avant. Avant’s three-run bomb in the seventh inning was the first of his collegiate career.

The Bobcats tied the game up at six a piece in the eighth, a score that would remain that way before GS took the lead for good in the eleventh frame.

In the win, sophomore RHP Seth Shuman went six innings deep, adding yet another quality start to his sensational season, but did not come away with the win.

In the rubber-match of the series, the Eagles were victorious yet again.

GS trailed in the game early, falling down 3-0 in the second, but would storm back and score three the next inning, never trailing in the game again.

The Eagles got big contributions from Mitchell Golden, Jason Swan, and Christian Avant, who all came away with three hits, and the pitching did well enough to keep GS in the game and get the victory.

The Eagles have the week off as the student-athletes prepare for finals, but host the Trojans of Troy next weekend, first pitch on Friday is set for 6:30 p.m.