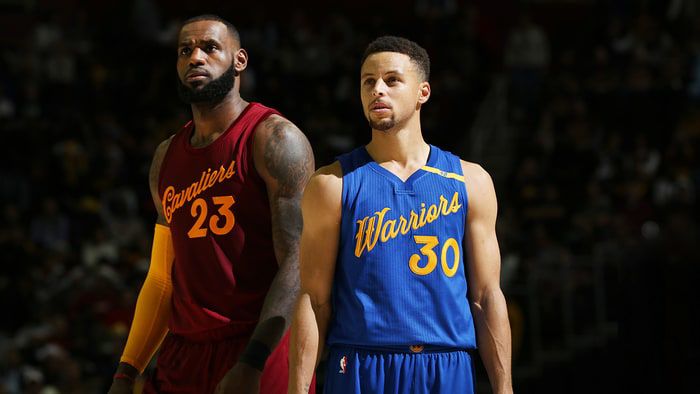 The Cleveland Cavaliers and Golden State Warriors have met in the past three NBA Finals.

The 2018 NBA playoffs get set to kick-off, leaving everyone with the question of whether or not we’ll see a Golden State-Cleveland part four in the Finals.

With the recent injury of Boston Celtics’ star point guard, Kyrie Irving, the East has now been blown wide open.

Despite the fact that the Toronto Raptors ran away with the #1 seed, don’t expect the chokiest team in the East to get to the finals.

The Philadelphia 76ers solidified the #3 seed, but “the Process” is still a few seasons away, leaving things wide open for the Cavaliers, who possess the #4 seed to make it to yet another finals, much to the distaste of many.

“King” James always finds a way, with the help of his beloved refs, to make it to the Finals. Don’t be surprised if the Milwaukee Bucks, who own the #7 seed, to upend the Boston Celtics, and make a run deep into the playoffs.

The 2018 season out west was a little surprising, with the Houston Rockets of all teams running away with the first seed, beating out Golden State by seven games.

If James Harden can have a better postseason than the year prior, and Chris Paul can give him a boost, Houston may just have enough juice to get past Golden State.

A fun team to watch is the Minnesota Timberwolves, who made the playoffs in the last night of the season, needing overtime to get over their drought.

On a side-note, Minnesota’s win allowed Atlanta to pick up their third first round draft pick of the 2018 NBA Draft, thanks to the lottery-protected pick they got from the T-Wolves, stipulating that the Hawks could only get the pick if the Wolves made the playoffs.

Don’t be surprised if the NBA Champion comes out of the Western Conference yet again.

Back by popular demand, the NBA will get yet another Warriors-Cavs matchup, and just like the year prior, the Warriors will win easily, in either four to five games.