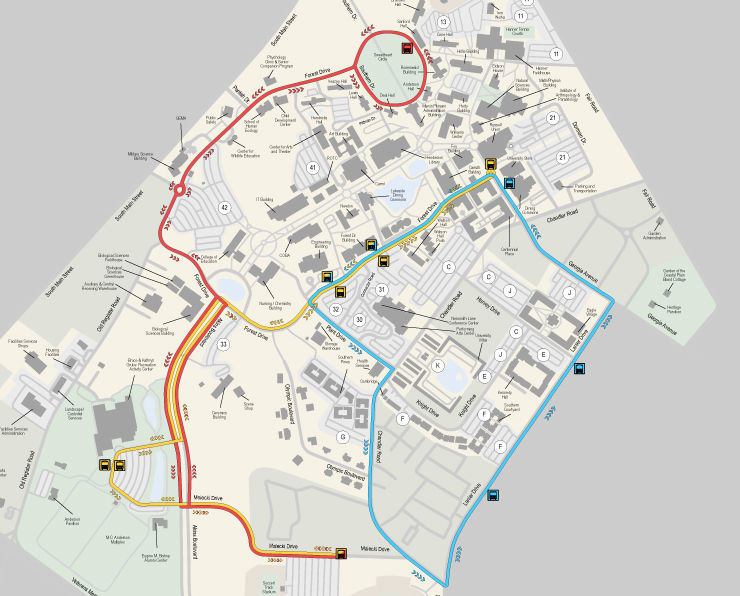 The bus route will begin at Paulson Stadium and drop off at Sweetheart Circle.

Parking and Transportation Services will be adjusting the route of the Stadium Shuttle starting March 19 for a new route that will take students to Sweetheart Circle.

The new Sweetheart Shuttle route came from a proposal from the Student Government Association that has been a process of around three years, SGA President Dylan John said.

Some of the key points addressed in the proposal brought to President Hebert to suggest this change was the access for students with disabilities to the Student Accessibility Resource Center, students that are involved in film production and had to carry heavy equipment and didn’t have a point of access to Sweetheart Circle, John said.

For a few months, SGA didn’t follow up on the proposal because the consolidation took the primary focus of the administration. It was at his last meeting with President Hebert that John brought it up again to at least get it started in Fall 2018, but President Hebert wanted to get it done this semester, John said.

“One of the issues we have, currently, we are expecting it to be a 15-minute wait time between buses…15 minutes would be the typical wait time,” John said. “If we had to keep that bus stop also, it would a 22 to 25 minute wait, then you would have more students upset about it.”

John does feel that since the change came late in the semester, it might be a study to see if the change was worth it and see how many students use the new bus route. As of now, this change might not be permanent, specially if a third bus is added to the route, which could result in changes, John said.

The shuttle will act as a readjusted Gold route which will travel from the Paulson Stadium bus stop to a new bus stop on Sweetheart Circle near Sanford Hall.

While the bus will no longer stop between the Education and Nursing/ and Chemistry Buildings, the Gold Route will still make stops at Paulson Stadium to facilitate travel throughout campus.