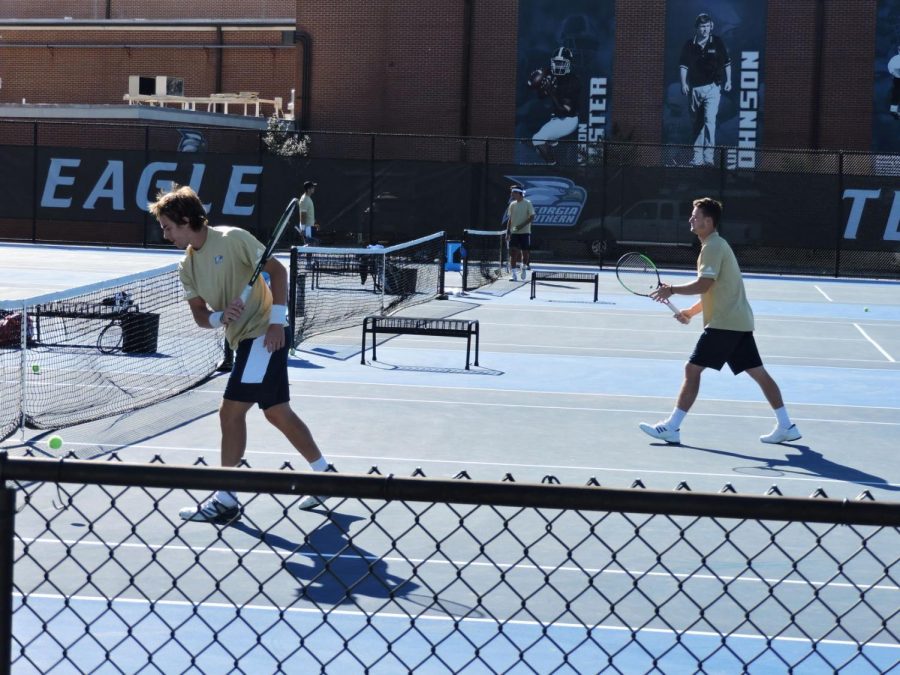 The men's tennis team improved to 4-1 at home.

Beginning on Saturday morning, the Georgia Southern Tennis Team opened up a 3 match home stand from Wallis Tennis Center to play their first games in the month of March.

The Eagles were up against 2 opponents Saturday, and managed to secure victories in both matchups. Early Saturday morning the blue and white took down Presbyterian 6-1 to start their weekend off strong.

Georgia Southern’s momentum from their morning matchups carried over to their second match of the day against the Stallions of ABAC. The Eagles continued to roll taking down the stallions 4-1, while only dropping 1 of their 6 singles matches.

After their victories on Saturday that extended their winning streak to 3 matches, the Georgia Southern faced off against Chattanooga and South Carolina State on Sunday in hopes to continue their hot streak.

They began their morning at Mill Creek Park playing host to the Mocs of Chattanooga. The Eagles rather easily took care of business against the Mocs, not dropping a game in either singles or doubles, defeating them 7-0.

The Eagles had to make the quick turnaround and square off against South Carolina State in the afternoon, but things did not go nearly as smoothly as their first match of the day.

The blue and white struggled in singles play early, dropping 5 of their first 6 sets, but did manage to turn things around and get the win against the Bulldogs in the Wallis Tennis Center however, 5-2, thanks to their strong performances in their doubles matches.

Now with their win streak up to 5 in a row with the weekend sweep, the Eagles will shift their sights to Kennesaw State, who they will face off against on Friday, March 9th. Their matches against the Owls are set to begin at 2 p.m.