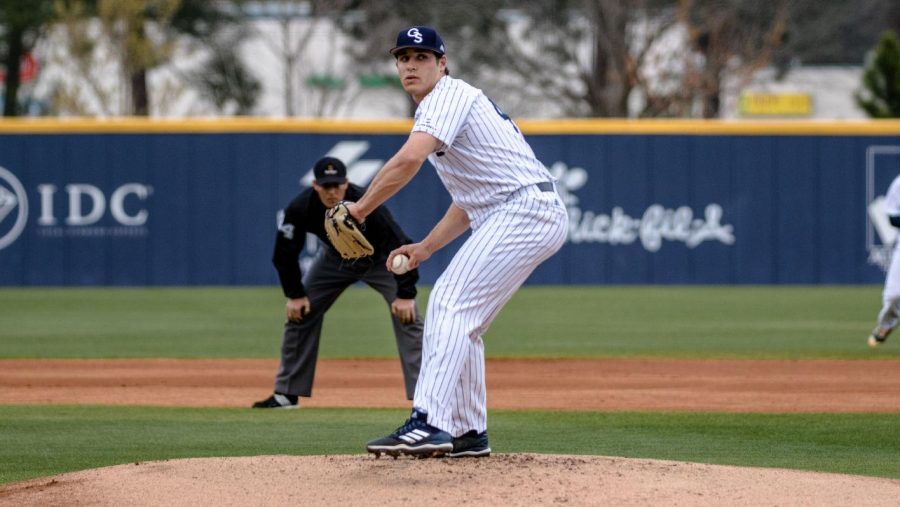 The latest installment of the heated rivalry makes its way to Statesboro after heavy snow in North Carolina forced the venue to change. The Eagles and Mountaineers have faced off 85 times over the course of the rivalry, with GS dominating 64-21.

GS (2-1 conference, 9-11 overall) comes off of a 2-1 series win over the Louisiana Ragin Cajuns as they look to improve their overall record and fight for Sun Belt seeding.

App State (0-3 conference, 5-13 overall) is off to a less-than impressive start to the 2018 season as they are 5-13, including a series against Texas State, where they were swept.

If the Eagles want to come out with a series win against the Mountaineers, they are going to need to rely on starting pitching to go deep into games. Brian Eichhorn, Seth Shuman and David Johnson are scheduled to pitch, and have all played very well at times.

Offensively, GS needs to continue to come through in clutch at bats. If they have to play catch up on the Mountaineers, the Eagles will have to rely heavily on late-inning heroics.