Baseball travels to Hattiesburg for a matchup between Eagles 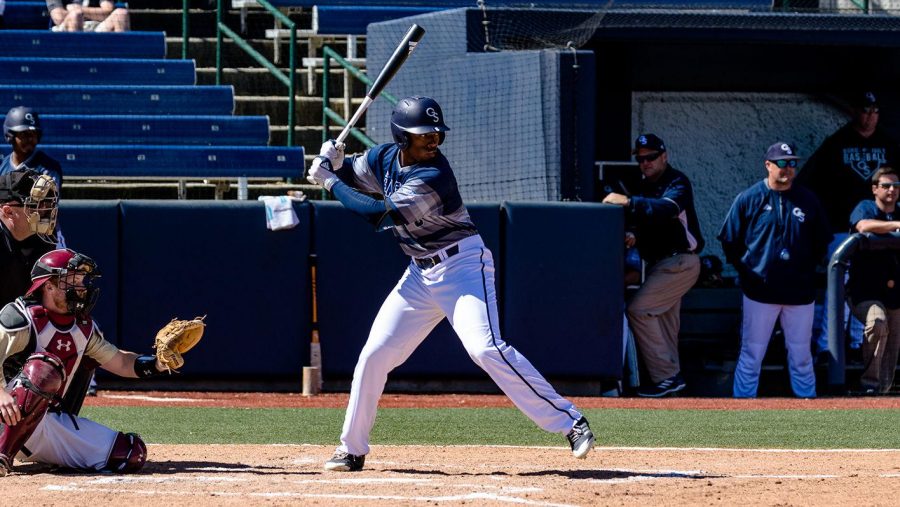 Georgia Southern faces a tough early test on the road against a solid Southern Mississippi team this weekend, but could gain some much needed momentum should they take two of three in the three game series, or even sweep the Golden Eagles.

The Eagles just finished up a brief four-game homestand, where they went 2-2, including a series loss to Elon and a win in an error-filled contest against the Holy Cross Crusaders.

GS comes into the series only playing five road games thus far, with a record of 2-3. It will be a tough environment in Hattiesburg, where the Golden Eagles are 5-1 at this point in the season, which proves to be a challege for Georgia Southern, but there are some bright points to look at before the series starts.

Scheduled to start in the series for GS is RHP Brian Eichhorn (Fri), RHP Seth Shuman (Sat), and RHP David Johnson (Sun). These pitchers have played well as of late for the Eagles, including Seth Shuman, who has been the team’s best pitcher thus far through the season.

Offensively, the Eagles are going to have to get their bats going early and often. During last weekend’s Elon series GS stuggled mightily, highlighted by last Saturday’s game, where they were no-hit until the fifth inning.

The hitting turned around in the Holy Cross game, but the Eagles were the beneficiaries of three Crusader errors during one inning.

As for the games themselves, game one on Friday is set for 7 p.m. game two on Saturday is set for 3 p.m. and the finale on Sunday, which is set for 2 p.m. All times are in ET.