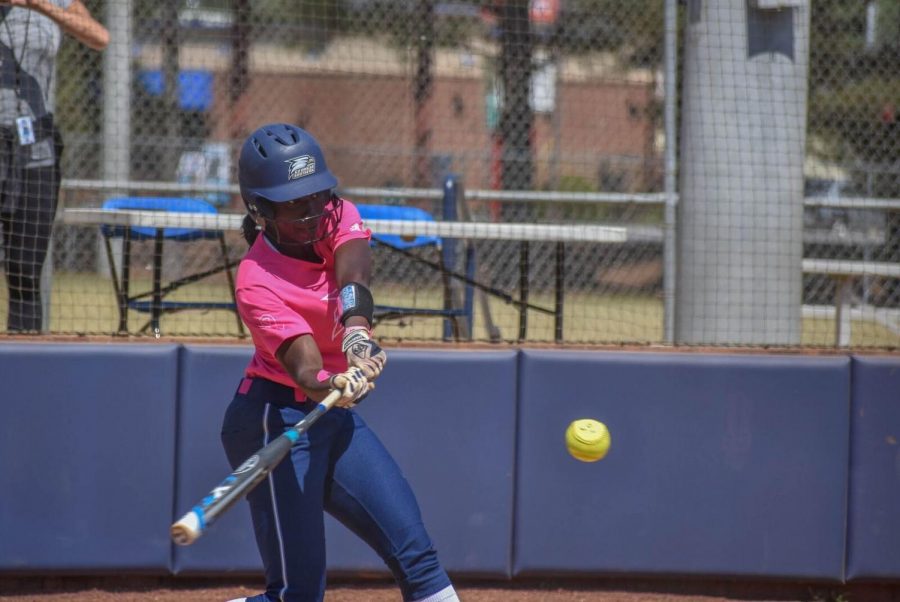 The Eagles are third in Sun Belt standings with a 6-3 conference record.

Coming off of their third Sun Belt series win, the Georgia Southern softball team looks to add another series win to their record as they take on intense opponent Texas State.

TSU has had an impressive record so far this season, logging 22 wins and only eight losses- winning all five Sun Belt games played.

As a team they look to be a threat from the plate, batting an average .285 and recording 221 hits total for the season.

Batters to especially look out for are Hailey MacKay who bats a high average of .398, has put up 19 runs and seven homeruns for the Bobcats, and Brianna Sannem who bats an average of .333 and has hit seven runs.

While the Bobcats look strong at the bats, this game will definitely be a battle of the pitchers due to senior pitcher Randi Rupp who has thrown an unbelievable 170 strikeouts and limits her ERA to 1.41.

Behind Rupp is freshman McKenna Fryar, who has also had an impressive pitching season so far- throwing 27 strikeouts in the ten games she’s played, and also has a low ERA of 1.75.

While TSU looks to be a harsh opponent, the Eagles have had quite the season themselves.

Between earning 21 wins, six of those being Sun Belt wins, and only 10 losses, this is the best start to softball GS has seen in years.

Leading GS is Alesha Mann who has a batting average of .350 so far for the season, and an impressive 36 runs.

Trailing closely behind Mann is Logan Harrell who bats an average .330 and has also acquired 36 hits for the Eagles.

Another batter you can’t forget about is Hannah Farrell, who has a team-leading and conference-leading high of eight homeruns for the season.

While the Eagles have announced no pitching line ups, there is sure to be some pitching action over the weekend from Kierra Camp and Rylee Waldrep.

Although the Eagles are coming off a close loss to ULM, the past weekend for GS was an overall successful one, as they utilized the last innings of every game to put up runs and in two out of the three games were able to make a comeback to win.