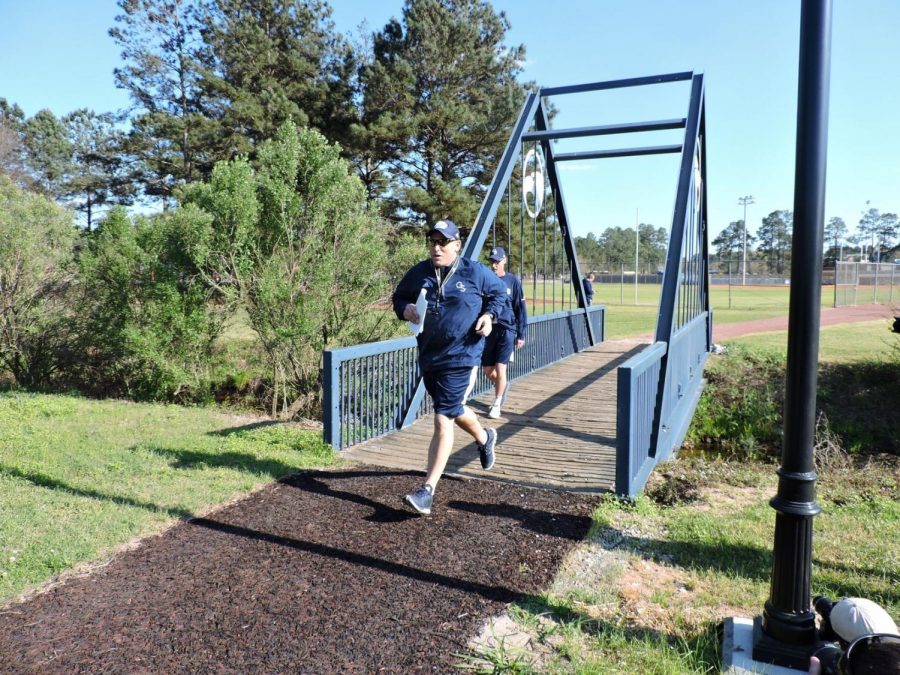 Head Coach Chad Lunsford runs across the bridge at Eagle Creek for the first practice of spring.

On a chilly, beautiful Thursday afternoon, the Georgia Southern Eagles football team ran across the bridge at Eagle Creek for the first time of the 2018 season.

Led by redshirt senior slot receiver George Johnson JR, players, coaches and equipment staff made their way across Eagle Creek and onto the practice field for the first of 15 official spring practices.

After being released back to position groups, the starting offense lined up against the starting defense to work on snap count.

At the pre-practice press conference, new offensive coordinator Bob DeBesse commented on the quarterback situation and about who will be starting.

“It will be Shai, but absolutely he will compete,” DeBesse said. “I can tell you coach Lunsford gathered all the quarterbacks together the other day and told them just that.”

The Eagles will have 14 more practices in the spring, two of which are scrimmages, before the annual Blue and White spring game on April 14.