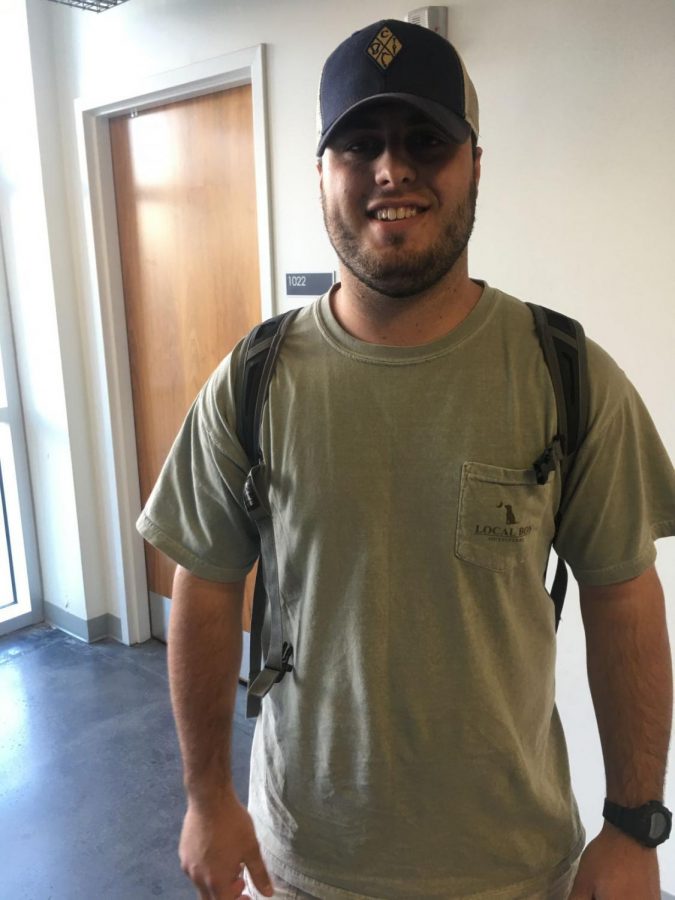 Last month 17 students lost their lives in what is now one of the top ten deadliest school shooting in America according to CNN. com. Following this massacre President Trump revealed his newest plan in strengthening school defenses and upgrading the “early warning” drill. He made a proposal that has yet again caused controversy within the state. President Trump suggested that teachers in lower grade classrooms as well as staff members be required to arm themselves. Surprisingly, members of the National Rifle Association backed him on his proposal. The Parkland Florida school shooting and talk about arming teachers in classrooms has stirred up the gun control debate among students here at Georgia Southern.

“I don’t think it would necessarily be right to give teachers guns, but I feel like tests should be ran, to see if they could actually like need it before they just all handed them guns. I don’t think that’s smart, I feel like they should literally have like a crash course, if it does go into plan, of being able to prove that you know how to use this and not just kind of just handed to somebody,” Catherine Olney, junior multimedia film and production major said.

“I think having guns in the classroom probably, I’m torn, because I feel like we need to be prepared for situations, but at the same time I feel like that’s putting alot of danger in a teacher’s hands and you never know what could go on in a teacher’s mind. They might even go crazy and spray the school. Unfortunately because of the country that we live in and everything that were going through we still have to be educated about it atleast because it’s important to educate yourself, but I don’t know if having it on display is the best thing either so I’m torn,” Nadia Langston, junior public relations major said.

“My parents have protection in the house, I have two little sisters, but why would someone want to send their child to school where teachers have guns when they’re at home and it’s like keep it away from them. You want them to be safe, but under their care you know you can trust them, but would you want to send your child to school with someone who has a gun for them to do what, shoot the kids because they aren’t gonna do anything about it. Things don’t look like they’re going to change anytime soon but as far as for the kids and as far as gun violence, I do think we need to keep them away from it as much as we can but it’s not much we can really do because as far as just parenting goes they can try to parent the way their supposed to and keep gun control to a minimum,” Cioniya Bankhead, junior biology major said.