No. 20 Coastal Carolina visits for battle of the East Division 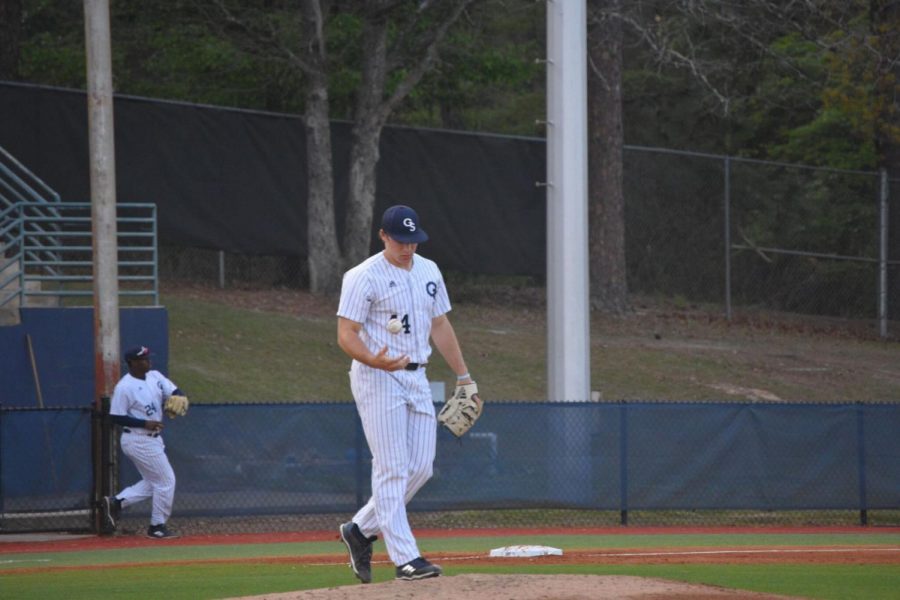 Junior RHP Brian Eichborn is set to start on the mound Thursday night.

The series pits the top two teams in the East Division of the Sun Belt, and despite lackluster results of late, the Eagles can bolster their playoff positioning with a series win over the Chanticleers.

Coastal Carolina comes in to the matchup at 19-8, with a 6-0 conference record, and are nationally ranked, which means the Eagles (12-12 overall, 5-1 conference) are going to have to play smart in they want to steal a series.

The Eagles can rely on playing in the friendly confines of J.I. Clements Stadium, where they have a 10-4 record, compared to the disappointing 2-8 record away from Statesboro.

GS has announced that Brian Eichhorn (2-0 – 2.65 ERA) and Seth Shuman (3-2 – 3.67 ERA) will take the mound for Thursday and Friday, respectively, but have yet to announce a starter for Saturday.

Eichhorn and Shuman have been two of the best starting pitchers the Eagles have, so if they can go deep in the game, GS can keep it close and control the game.

Offensively, GS will need to rely on the duo that anchors the right side of the infield, second baseman Steven Curry and first baseman Mason McWhorter, to provide a spark in clutch moments.

Curry and McWhorter have been some of the most consistent players offensively and have emerged as leaders of the team as the season has progressed.

Saturday’s game is also the fourth-annual Vs. Cancer Game for the Eagles, who are raising money to strike out childhood cancer. After the game, the Georgia Southern players will be shaving their heads to raise awareness. First pitch Saturday is scheduled for 1 p.m.