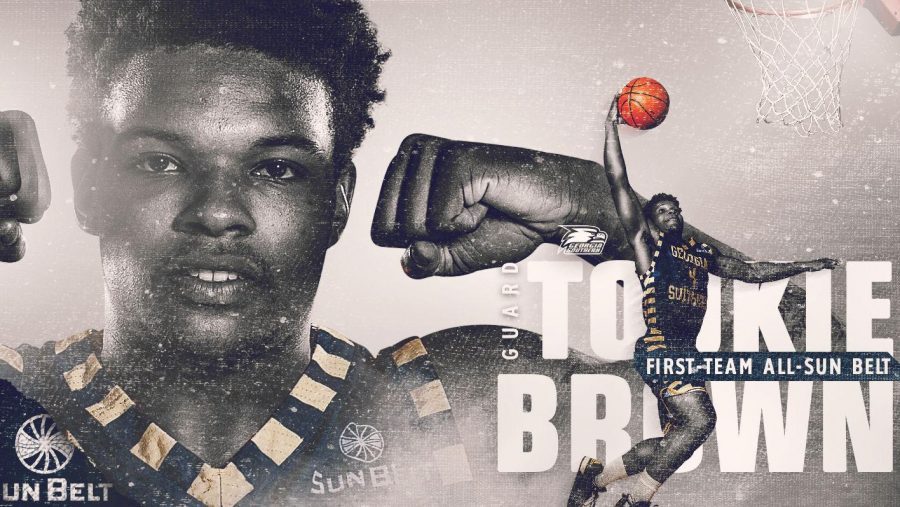 Brown is only the 17th player in the Sun Belt to be named to three consecutive first-teams and the first GS player to do so.

This season, Brown scored over 20 points in 15 games and led the team in 19 games, as well as leading the team in assists in 23 games.

“It’s good to be first team,” Brown said. “I don’t want it to be just from me. I want it to come from me and my teammates because without them I wouldn’t have this opportunity right now.”

Brown is also the first GS player to score over 500 points in three straight seasons and is ranked seventh in career scoring at GS with 1,680 points.

The All-Sun Belt First Team is:

Men’s basketball head coach Mark Byington described Brown as the “engine” for the team and that this award is a tremendous individual accomplishment for Brown.

Byington said, “Knowing Tookie, I know he’s into team accomplishments but what he’s done individually deserves recognition and its a great honor for him.”