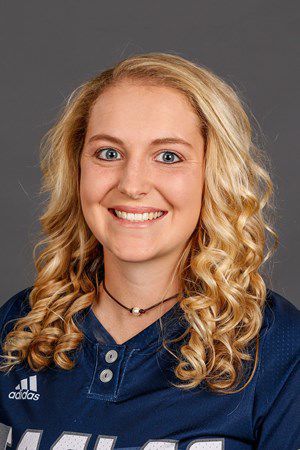 Georgia Southern catcher Logan Harrell has been named the Sun Belt Player of the Week after she helped the Eagles go 4-1 and bolster their overall record to 19-8.

The junior, who hails from Pembroke, hit .529 during the span while tearing the cover off of the ball. Harrell hit launched two home runs and pushed across six RBIs, only adding to what has been an impressive 2018 campaign. Winning the award is a big achievement for Harrell, who talked a little about it.

“To me this award means that people are seeing us do big things as a team,” Harrell said. “Without my team behind me I wouldn’t be able to do the things I do. I’m thankful I’ve been put in the situation to be successful.”

Harrell, who came over from Armstrong State with Head Coach Kim Dean, is a part of why the Eagles have found new success on the diamond, and talked a little about why she believes her team has made such an improvement from prior years.

“What makes us successful is that we all work together as a unit rather than individuals,” Harrell said. “We mainly focus on communication and when that goes well everything else falls into place.”

The Eagles rank #48 nationally, and look to continue their dominance as they dive into conference play and the season progresses.